The Role of Emotional Intelligence in Humanitarian Response 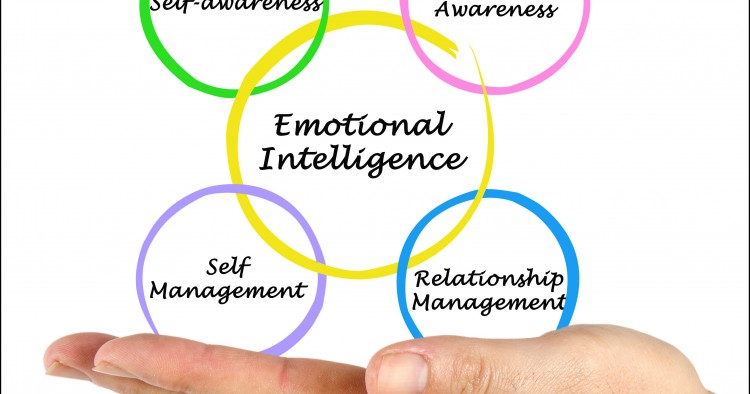 Over the last 25 years, the world has seen a rise in the frequency of natural disasters in rich and poor countries alike. Today, there are more people at risk from natural hazards than ever before, with those in developing countries particularly at risk.  This essay series is intended to explore measures that have been taken, and could be taken, in order to improve responses to the threat or occurrence of natural disasters in the MENA and Indo-Pacific regions. Read more ...

Emotional intelligence (E.I.) emerged from the premise that emotions have an impact on almost every aspect of human experience. E.I. refers to the ability to use emotions effectively and productively. Drawing mainly upon Daniel Goleman’s five-component model of E.I. at work, this essay considers how the qualities of emotional intelligence might be integrated into disaster response thinking, planning, and operations.

The relationship between reason and emotion is commonly thought to be a problematic one and frequently depicted as an eternal conflict between the mind and the heart. Traditionally, reason has been portrayed as superior to emotion, and emotion as subservient to reason.[1] Indeed, until the 20th century, reason was generally regarded as the rightful master in the “eternal clash” with emotion. Emotions were considered as automatic and difficult to control; and thought to cloud judgment and impair decision-making. The long-held conventional wisdom of the superiority of reason over emotion was applied to gender relations, where men were considered more logical and thus wiser than women, who were cast as more emotional than their male counterparts due to their sensitive nature, maternal instincts, and role in society.

In the 1990s, Peter Salovey and John Mayer offered the first formulation of “emotional intelligence.”[2]  However, Daniel Goleman’s best-selling book, Emotional Intelligence: Why It Can Matter More Than IQ (1995), helped revolutionize the concept of intelligence and thereby redefine the relationship between reason and emotion. Goleman challenged the prevailing notion that having a high intelligence quotient (I.Q.) guarantees success, happiness, or virtue. He argued, instead, that a human being’s “two minds”—the rational and the emotional—together are responsible for shaping that individual’s future.[3] Accordingly, he focused attention on the notion of emotional intelligence (E.I.), defined as the capacity of individuals to recognize their own, and other people's emotions, and to use emotional information to guide thinking and behavior. Put differently, E.I. refers to the ability to carry out accurate reasoning about emotions and to use emotions and emotional knowledge to enhance thought. In this sense, emotion represents a potential ally and asset and not necessarily an adversary of reason. Emotional intelligence (E.I.) entails the ability to carry out precise reasoning about emotions. It is the effective employment of emotions and emotional knowledge to further enhance the thinking process.[4]

Goleman first applied the concept of E.I. to business organizations in an article published in a 1998 issue of the Harvard Business Review.[5] In that article, Goleman identifies the five components of emotional intelligence at work—self-awareness, self-regulation, motivation, empathy, and social skill—emphasizes that these qualities can be learned and thus strengthened, and concludes:

It would be foolish to assert that good-old fashioned I.Q. and technical ability are not important ingredients in strong leadership. But the recipe would not be complete without emotional intelligence. It was once thought that the components of emotional intelligence were “nice to have” in business leaders. But now we know that, for the sake of performance, these are ingredients that leaders “need to have.”[6]

Ever since Goleman challenged the preeminence of I.Q., the phrase “emotional intelligence” has been widely embraced by educators and business firms. In fact, nowadays, almost every large, dynamic global organization is engaged in exploring how to integrate E.I. and its related competencies into their strategic, technical, tactical, and operational processes and activities.

Studies by Goleman and others popularized the notion that it is possible, and ultimately beneficial, to cultivate emotional intelligence among leaders. As a result, E.I. training programs and workshops for managers and the workplace abound. This begs the question: What is the role of E.I. in disaster response? In order to address this question, it would be helpful to introduce the Humanitarian Program Cycle (H.P.C.)—an operational framework for collective humanitarian responses. [Figure 1.] 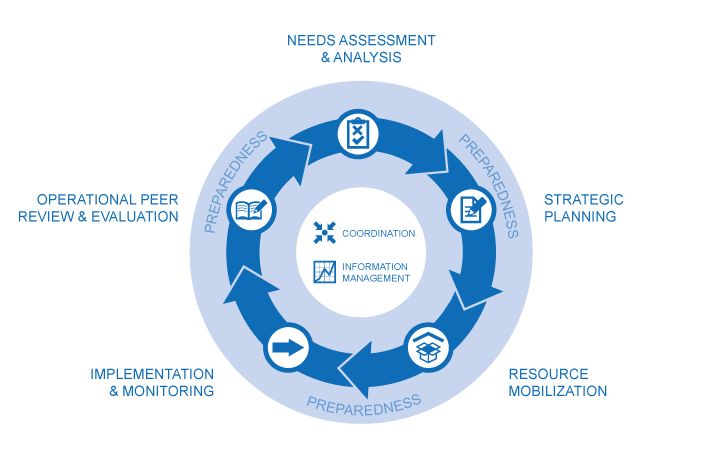 According to the U.N. Office for the Coordination of Humanitarian Affairs (O.C.H.A.), the H.P.C. is “a coordinated series of actions undertaken to help prepare for, manage, and deliver humanitarian response.”[7] The approach, which was agreed upon by the Inter-Agency Standing Committee (IASC) Principals as part of The Transformative Agenda, consists of five elements:[8]

Successful implementation of the H.P.C. is dependent on several key “enablers,” namely:

However, we argue that emotional intelligence should be considered the “fourth enabler” of successful implementation of the H.P.C.. Of the several E.I. qualities that are extremely valuable in disaster response, let us focus the remainder of this essay on two of them—self-awareness and empathy—and briefly discuss each of these competencies and their applicability to the Humanitarian Program Cycle.

Gold and Rogers define empathy as “accurately perceiving the internal frame of reference of another.”[13] In other words, empathy is the capacity to understand or feel what another person is experiencing. Empathy is viewed as a valuable competency in that the willingness to take another’s perspective helps form constructive interpersonal relations.[14] What role, then, does empathy play in responding to disasters? Decisions regarding disaster almost invariably require judgments made on others’ behalf—determinations as to what their needs are, what risks they confront, and what methods will best mitigate their suffering. Therefore, the capacity of those engaged in responding to disasters to understand and incorporate the perspective of actual or potential victims into their efforts is essential. Empathy is paramount not only for drafting, formulating, and implementing the policies and procedures relating to humanitarian response but also while designating and delegating responsibilities to the various humanitarian actors involved in the process. After all, how can individuals charged with determining the needs of persons in distress fulfil this role unless and until they are able to put themselves in the shoes of the victims they are seeking to assist?

Empathy can help forge bonds of mutual trust, respect, and friendship with the affected population. Empathy can also help stiffen the resolve, buoy the morale, and lighten the emotional stress of those working side-by-side to assist the affected population. In this sense, empathy is as important to forging and sustaining productive relationships between and among humanitarian workers as it is between them and the victims of disaster.

It is also important to mention that humanitarian workers engaged in responding to disasters occupy highly responsible positions in conditions that are extremely demanding and stressful. Operating in this environment can take a toll on their psychological and physical health. In this regard, empathy can have side effects—leaving humanitarian workers vulnerable to burnout or traumatization.

In an article published in 2011, Goleman argued that females are generally more empathetic than males.[15] In making this argument, Goleman is joined by many others.[16] A recent study went further, suggesting that in situations of acute stress, women are more empathic and open to others (as a means of coping) than men, who tend to become more self-centered (in order to conserve mental resources).[17] Indeed, numerous studies have shown women generally to be superior to their male counterparts, not just in terms of empathy, but in emotional intelligence more broadly.[18]

From the arguments above, it can be deduced that emotional intelligence is an important capability which should be fully developed and utilized in most, if not all, collective human enterprises, including the Humanitarian Response Cycle (H.P.C.) in a natural disaster. Self-awareness and empathy are two critically important competencies in many collective human endeavors, including in humanitarian responses to natural disasters. Accordingly, every effort should be made, whether in the recruitment, training, or assignment of personnel, not just to value these qualities but to develop innovative ways to strengthen them. As women tend to possess these competencies to an even greater extent than their male counterparts, it stands to reason that concrete steps should ensure that they are duly represented in all areas and at all levels of the humanitarian response cycle.

[17] L. Timova et al., “Is Stress Affecting Our Ability to Tune into Others? Evidence for Gender Differences in the Effects of Stress on Self-Other Distinction,” Psychoneuroendocrinology 43 (2014): 95-104.

[18] See for example, I. Abbas and J. Haq, “A Relationship between Emotional Intelligence and Self Esteem: Study in Universities of Pakistan 1 (2011): 10-15, accessed June 8, 2016, iiste.org/Journals/index.php/ADS/article/download/853/768; P. Sandhu and N. Mehrotra, “Time Pattern of Female Students with Special Reference to Leisure Time Activities,” Indian Journal of Social Research 40, 4 (1999): 285-296; and M.T. Sanchez-Nunez et al., “Does Emotional Intelligence Depend on Gender? The Socialization of Emotional Competencies in Men and Women and Its Implications,” Electronic Journal of Research in Educational Psychology 6, 2 (2004): 455-474.