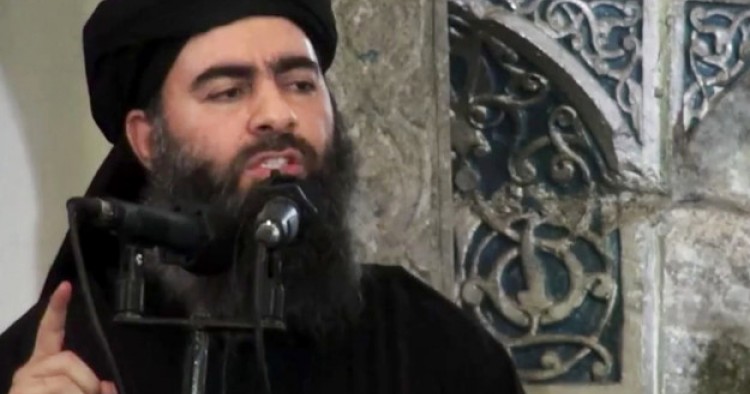 Russia’s claim to have killed ISIS leader Abu Bakr al-Baghdadi in an airstrike in Raqqa on May 28 should be taken with a heavy grain of salt. At the time in question, the U.S.-led Syrian Democratic Forces (S.D.F.) were only days away from launching their final assault on the city and there’s no logical reason imaginable why Baghdadi would have risked staying in a surrounded, sitting target. Notwithstanding justified doubts surrounding Baghdadi’s then presence in Raqqa, Russia’s statement also says its strike killed another 330 ISIS fighters – which is almost certainly an absurd claim.

Russia has a long track record of issuing fake claims and deliberate misinformation during its campaign in Syria. This recent statement also contradicts a claim by its Syrian partner, the Assad regime, to have killed Baghdadi themselves on June 10. Either Baghdadi has dozens of lives, or nobody really knows where he is.

Policymakers should not be fooled into thinking that the United States shares the same objectives as Russia in Syria. In fact, a substantial majority of Russia’s military operations in Syria have been concentrated upon killing and undermining the people that our governments – at least on paper – have wanted to prevail on the ground. Russia has also targeted and harassed our local anti-ISIS partners in central and southern Syria. When incidents like that occur, it’s hard to conclude that countering ISIS is Russia’s biggest priority.

Beyond Russia's likely bogus claim, the U.S.-led battle for Raqqa has proceeded smoothly since beginning 10 days ago. Initial S.D.F. advances have faced manageable ISIS resistance, though this should not necessarily be taken as a sign of ISIS weakness. The jihadist group’s defensive operations appeared similarly tame in the opening weeks of the Mosul operation, before subsequently turning out to be far more fierce than military planners expected. However long the battle for Raqqa takes, it can be assumed that an S.D.F. victory is inevitable, though ISIS will live on south down the Euphrates, where much of its leadership and administrative management was redeployed months ago.