Sectarian-Based Violence: The Case of the Yezidis in Iraq and Syria 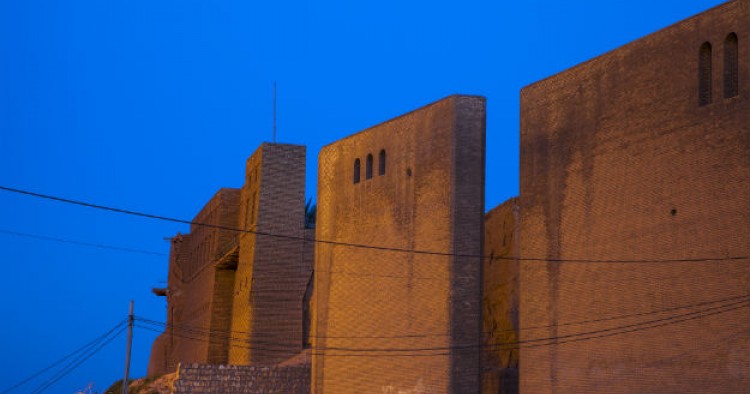 Random discrimination, targeted oppression, and violence directed at the community at large are nothing new for the Yezidis: One religious hymn recalls a total of 72 historic campaigns against them, perpetrated by an array of actors including the Ottomans, Arabs, Sunnis, Kurds, Turks, Ba‘thists, and even the British. Yezidi communities are most concentrated in the geographic region often referred to as Kurdistan, which incorporates parts of Turkey, Syria, Armenia, Georgia, and Iran; in each of these states, they have experienced similar negative attitudes and aggression. What made this ancient community, which claims to follow the original religion of all Kurds, so vulnerable to attacks? Why are they targeted more frequently and more severely than other ethnic and religious minorities? What are the prospects for the future in their home countries?

The Yezidis are an ancient Kurdish-speaking ethno-religious community. Although their enemies consider them members of a heretical, devil-worshipping sect, they do ascribe to a monotheistic belief system with roots in ancient Mesopotamian cultures, Zoroastrianism, Christianity, and Islam. Yezidis also venerate several angels; chief among them is Tawsi-Melek (the Peacock Angel), who is believed to act on behalf of God as custodian of the universe. The concepts of hell and eternal sin do not exist in Yezidism, but Yezidis do believe in reincarnation and transmigration. Similar to the Druze, Alawites, Shabak, and other syncretistic groups in the Middle East, the Yezidi community has a clerical hierarchy and strict rules regarding endogamous marriage and initiation.

Yezidis constitute a minority in all of their host countries. Prior to the drawing of post-World War I borders, most Yezidi communities were at least loosely united by marriage relations and common religious rituals. However, with the establishment of arbitrary borders between the newly created nation states, the larger community was split into several smaller cantons that were unable to maintain communication with the Yezidi heartland and sanctuaries in northern Iraq. Separate identities developed among the Yezidis in Syria, Turkey, and the Caucasus region; perhaps the only unifying factor was the continual presence of sectarian-based violence. In response to this existential threat to their livelihoods and religiosity, Yezidis all over the Middle East began to depart for other places, where they could practice their faith freely and without persecution. During the latter part of the last century, most journeyed to Europe—particularly to Sweden and Germany, because these countries have accommodating immigration and asylum laws. Here they established new communities, developed cultural centers, and invented a new theology even as they attempted to become integrated into the host country. Eventually, this process led to the complete Yezidi withdrawal from Turkey and inspired a large proportion of the Syrian community to emigrate.

The situation in Iraq was different because of the homogeneity and cohesion of the larger Yezidi community. The Kurdish mountains and hills provided protection against ethno-sectarian attacks in the Sheykhan and Sinjar regions. Even Saddam Hussein’s brutal regime was unable to defeat the Yezidis in their ancestral homeland. But he came very close. His tactics included not only killings, destruction, and forced relocation, but also attempts to sever ties between the Yezidis and the rest of the Kurdish community by declaring them of Arab origin and installing a compliant puppet leadership. However, with the establishment of the no-fly-zone in 1992 and the removal of Saddam Hussein from power in 2003, the Iraqi Yezidis managed to regroup and establish themselves as a recognized minority with some constitutional rights. Yezidi clerics from Iraq then began working to recuperate their religious authority over the remaining territories. However, this process is slow and has yielded only limited success, mostly in Armenia and Georgia. The century-long separation created doctrinal, political, and personal gaps between the community leaders, thus hindering the creation of a strong, unified Yezidi response to the recent physical and spiritual attacks against them.

As mentioned above, Yezidis in Iraq are better positioned in the social and political hierarchy than their Syrian and Turkish brethren. The community’s leadership is located in Iraq, as are the main sanctuaries and pilgrimage destinations in Lalish (near Mosul). With roughly half a million followers, Yezidism is now the second largest religious community in Iraq after Islam. Christianity previously held this position, but many Iraqi Christians have left the country for fear of increased sectarian attacks by radical Muslims.

Since the fall of the Ba‘th regime, Iraqi Yezidis have made many efforts to build a stable and functioning community within the Kurdish territories. They have enjoyed much financial support and military protection from Mas‘ud Barzani’s Kurdish Democratic Party (KDP) and the Peshmerga militia. For some Yezidis from Sinjar who feared losing their newfound autonomy, the KDP support went too far. However, cultural centers were opened throughout the Yezidi villages, seats for Yezidi representatives were reserved in the regional parliament, and religious sites and shrines were renovated with public funds. All this speaks to the reasonably well-established ties between Kurds of different religions.

Even so, Arab Muslims still hold many grudges against the Yezidis and express their antipathy through various kinds of hate-speech, discrimination, and violence. During the height of the insurgency in 2007, leaflets and preachers at local mosques in Mosul called Yezidis infidels and outlaws. The presence of radical militant groups such as al-Qaeda contributed to the growing tensions between mostly Arab Muslims and the Yezidis. When news spread about a Yezidi girl who was stoned by her family for wanting to convert to Islam and marry a Sunni, violence erupted again and the number of deadly attacks against Yezidis increased rapidly. Yezidis have been shot, kidnapped, and executed; the 2007 murder of 24 Yezidi workers travelling by bus from Mosul to Bashiqa is just one example.[1] The most horrific event was the coordinated suicide bomb attack on the Sinjar villages of Qahtaniya and Jazira on August 14, 2007. This incident—the deadliest attack in the entire Iraq war—killed over 500 people and left another 1,500 wounded.[2] Although no responsibility was claimed, the attack is believed to have been carried out by al-Qaeda operatives.

Since the American withdrawal from Iraq in 2011, the situation in northern Iraq has been stable, though attacks on Yezidis outside the Kurdish zone continue. On May 14, 2013 ten Yezidi shopkeepers were killed during an armed attack on alcohol vendors in Baghdad.[3] It is worth mentioning that only non-Muslims are permitted to sell alcohol, and that the armed forces do little to protect them. The Muslim-majority public looks down upon the industry and those who work in it, adding to the anti-Yezidi discourse. In an increasingly segregated Iraqi society, Yezidis have not found acceptance or safety outside their traditional realm.

Despite having lived in Syria for almost a millennium, Yezidis are even more vulnerable across the border due to their small numbers and geographic segmentation. The Yezidi community is concentrated in two separate areas, one around Afrin (northwest of Aleppo) and the other in the Syrian Jezira (particularly around the cities of Amuda, Qamishli, Hassaka). Their numbers have dwindled from 15,000 to about 5,000 over the past decade. Although it has become increasingly difficult for Yezidis to leave Syria, many wish to do so and make arrangements to flee across the Turkish border before continuing on to Germany.

The divided existence of the Syrian Yezidis has contributed to the antipathy they receive from neighboring communities. Before the civil war, Yezidis from Afrin were slightly better-integrated into the larger Kurdish community, which constituted the majority of the local population. This led them to develop a different religious identity from the other Syrian Yezidi community in the Jezira. There, Yezidis suffered as both an ethnic Kurdish minority and as a religious minority without protection status. The villages in the Jezira are closer to the Yezidi communities in Iraq (and formerly Turkey) as far as kinship, marital relations, and religious observances are concerned.

The low status of Yezidis in the Syrian ethno-religious hierarchy is evidenced by the number and types of attacks against them, as well as the Syrian authorities’ official response. The Yezidi observatory group Mala Ezidiyan catalogued 77 cases of murder, assault, and property theft with assault for the decade 1990-1999. The following decade (2000-2009) saw 76 similar cases. In addition, many unreported cases of daily harassment and discrimination in the public sector and the workplace were documented. While most of the acts were committed by local Muslims—some Arab, others Kurdish—without the official involvement of state agents, the government’s tactical silence and refusal to protect Yezidis is indicative of the Syrian state’s overall antipathy toward Yezidi citizens. In addition, hundreds of Yezidis were stripped of their citizenship after a controversial census in 1962—for them, the economic, social, and political hardships have been even more acute.

The current civil war brought significant changes to the Syrian Yezidi communities, both positive and negative. As a result of the cantonization of northern and eastern Syria, the Yezidi territories ended up under Kurdish control. They are located in the autonomy zone governed by a coalition of Kurdish parties under the leadership of the Democratic Union Party (PYD) and protected by the People’s Protection Units (YPG). These three cantons—Afrin, Kobani, and Qamishli—are separated from each other and border those territories under the control of radical Muslim rebel groups, such as The Islamic State in Iraq and Syria (ISIS). The Yezidi villages are near the front line and, if taken by ISIS, face the threat of extermination. ISIS claims to be even more radical than the local al-Qaeda affiliate Jabhat al-Nusra and is actively changing the religious make-up of the region by forcing minorities to accept Islamic rule of law and destroying places of worship.

It is also worth mentioning that there are sectarian tensions within the Yezidi community itself. A large percentage of the Yezidis from Afrin adhere to Zoroastrian beliefs, and the recent erection of a statue of Zoroaster in Afrin has sparked strong reactions from Yezidis elsewhere, including the religious authorities in Iraq. The unique marriage and religious traditions of Yezidis from this region are sometimes viewed as deviant from orthodox practice. Yet despite the rifts between Afrin and other Yezidi communities, it is the only autonomous canton that has appointed a Yezidi minister.

The situation in Syria is too unstable to make predictions regarding the future of the Yezidi community, with one notable exception: the number of emigrants is rising. Even under the current Kurdish rule, Yezidis fear for their faith, lives, and property; thus, in the near future, almost all Syrian Yezidis will likely leave the country, making Syria the next original Yezidi homeland without any Yezidis. Unless sectarian violence stops and the attitudes of the local Muslim majority change, this process is irreversible. For the Iraqi Yezidis, the situation is equally precarious as rising sectarian tensions in the country escalate, especially in the Arab-Sunni regions bordering the Kurdish province. As usual, the weakest link in the social hierarchy will suffer the most. With no ally or lobby to support them, Iraqi and Syrian Yezidis face an uncertain, worrisome future.

Acikyildiz, Birgul. The Yezidis – The History of a Community, Culture and Religion. London: I.B.Tauris, 2010.