The Secular-Islamist Divide Deepens in Jordan 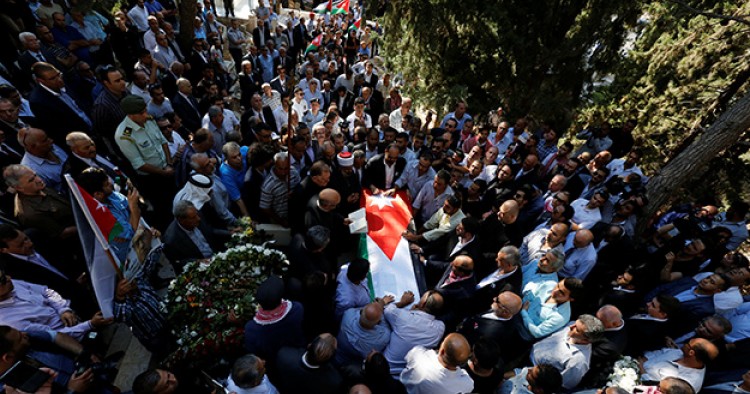 The tug of war between proponents of a civil, democratic, and secular state, on the one hand, and conservative forces, especially religious hardliners, on the other, has become the center of public debate in Jordan against a backdrop of incidents that have recently polarized the kingdom. Accusations that new school textbooks for elementary grade students have been altered where certain religious references, including Quranic verses, were removed have triggered public protests throughout the country. The government initially said the revised textbooks, which were introduced this scholastic year in early September, were part of a strategy to reform the education system and fight extremism. But critics, including the Islamist-controlled Teachers’ Association, claim the move is part of conspiracy to secularize school curricula and normalize relations with Israel. A Ministry of Education committee denied the accusations, saying the new textbooks were experimental and should not be compared to cancelled books. It insisted that the revisions have not threatened the “kingdom’s religious and national principles.”

Education experts and civil state proponents argued that reforming school curricula is essential in fighting extremism, but should not be limited to Arabic, religion, and civic education textbooks.

At a time when Jordanian society is grappling with economic and social challenges, the ongoing debate, which is taking place in the press and on social media platforms, has never been so relevant to the country’s future.

The killing of leftist political activist and writer, Nahed Hattar’s, on September 24, by a Salafist as he was entering a courthouse, has added fuel to the fire. Hattar was being tried for “inciting sectarian tensions” after he reposted a cartoon on his Facebook page that mocked the Islamic State’s perception of paradise. The cartoon was deemed offensive by many Jordanians, forcing the government to arrest Hattar, even after he apologized and deleted the cartoon. But while his murder was condemned by political parties, including Islamists, and public figures in the kingdom, it set off an avalanche of comments and exchanges on social media outlets that included condemnation of Hattar, a Christian secularist and a critic of political Islam, and in many cases a defense of his killing. This prompted the government to declare that it will take action against purveyors of hate speech on social media.

The incident exposed the deep cultural fault lines in Jordanian society, which is largely Muslim, and the role of social media in enabling hundreds of thousands of Jordanians to express unfettered views on contentious issues such as religion, politics, and relationships with the country’s Christian minority, who make up 6 percent of the population. Supporters of the civil state had condemned Hattar’s killing, blaming the government for mishandling the case, and defended his right of expression while warning that hate speech and religious extremism threaten Jordan’s stability. Hattar’s family members warned that the killer’s beliefs and sentiments are shared by many Jordanians.

In between the two events, Jordan held legislative elections on September 20 and for the first time in modern history a list of candidates ran openly on a program to promote a civil, democratic, and secular state. The Ma’an (Together) list brought together Muslim and Christian professionals, including Jordanians of Palestinian origin, who argued for a state of equal rights between men and women, equal citizenship rights, and separation of religion and politics. Running in the symbolically important, predominantly middle-class, Amman third district, the list won two seats in the 130-seat Lower House. Interestingly, an Islamist alliance also won three seats in the same district, underlining the conflicting social and cultural undercurrents in that district and in Jordanian society as a whole.

Results in the third district point to an expected faceoff between secularists and Islamist deputies in parliament. But supporters of the civil state agenda believe that the expected confrontation will be between proponents of a democratic, all inclusive and liberal society and those who defend religious and political authoritarianism. And with a Lower House that is largely made up of loyalists and conservatives, civil state deputies will have a tough time making their case.

One apologist for preserving the status quo is moderate Islamist columnist Hussein Al-Rawashdeh who argued in his column in Addustour on September 18 that Jordan is already a civil state and that, while Islam is the state’s religion, the majority of laws that govern the state are drawn from civilian sources. He also warned that those who call for a civil and secular state are fulfilling a foreign agenda that seeks to alienate Jordanians from their national and cultural identity. Certainly the recent uproar over the curricula change has helped boost the case for adherents of the conspiracy theory. For the majority of Jordanians, who are largely conservative in their religious beliefs, the term secular is perceived suspiciously as anti-Islam.

But supporters of the civil state argument, chief among them is former deputy prime minister, Marwan Muasher, respond by insisting that the opposite of a civil state is not a religious state, but an authoritarian one. In an article in Al-Ghad on September 21, Muasher wrote that there has never been a religious state in Muslim history and that the only example of this is the system of Wilayatal Faqih or the Governance of the Jurist in modern-day Iran. For him a civil, pluralistic, and democratic state is not against religion because it guarantees freedom of worship, but is opposed to forcing religious dogma on society.

His argument found an ally in Islamist expert Mohammad Abu Rumman, who, while agreeing with Muasher on the nature of civil state, warned of a clash between extreme secularists and Islamists. Also writing in Al-Ghad, on September 22, Abu Rumman said that the way forward is to create an Islamist, liberal, and secular alliance in society.

For now the intellectual debate is restricted to newspaper pages, while emotional debates continue to take place on social media. One missing player in all this is the state itself, which appears to be entrenched and sitting on the fence. While claiming to be pushing for political reforms, it is hesitant to take sides in the ongoing dispute. One reason for that, perhaps, is the heavy political cost that could result from choosing a side, despite its insistence on following a centrist brand of Islam while fighting religious extremism. But in a society that is exhibiting worrying signs of religious fervor, which is translating into individual acts of violence, the price of doing nothing may prove hefty.