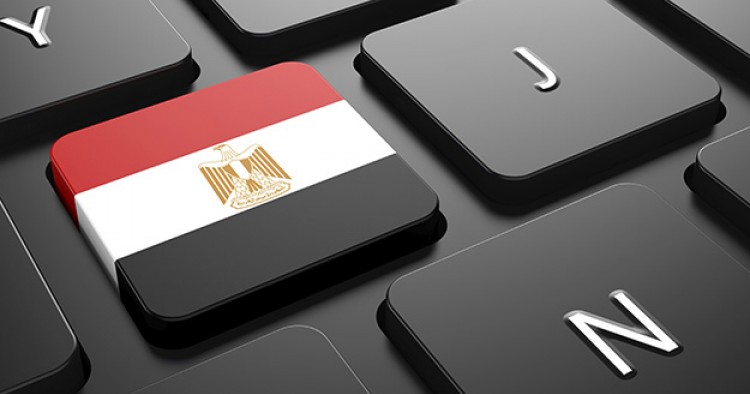 In a country of deteriorating economic conditions, young Egyptians are using social media to create opportunities and change the way business is done.

Approximately 24 percent of Egypt’s populace falls between 18 and 29 years of age; of  this group, more than half live in poverty.[1] The 2011 uprisings saw Egypt’s youth use social media as a popular tool for political dissidence, but with the country’s subsequent economic slide, young people are now using it to foster development. These youthful leaders are relying on their ingenuity and drive to harness social media’s potential to generate jobs and to help solve such economic problems as uneven development between the north and the south.

Why Egypt? Why Social Media?

With a Facebook user base of around 16 million and a Twitter user count of more than 500,000, Egypt is one of the largest Arab countries in the Web 2.0 space, which is rapidly expanding to include more of the 39 million Egyptians who have access to the Internet.

According to a 2012 report by the Dubai School of Government,[2] 89 percent of the Egyptian new businesses sampled agreed that social media is a key tool today for business startups. The founders of these startups, typically below the age of 30, use social media as a free means of marketing and recruitment, and they also use it to present initiatives and to engage with one another. Through YouTube videos, online courses, and virtual interaction with peers, the threshold for starting a business has been dramatically lowered.

One example of these startups is S3 Geeks, or Geeks of Upper Egypt, a group mobilizing an information and communications technology (ICT) infrastructure and culture in Upper Egypt. Several years ago, Mahmoud Ahmed, a 25-year-old university graduate, was frustrated with having to travel for seven to twelve hours from his city of Qena to attend technological expos in Cairo or Alexandria. He envisioned a time when these expos could be hosted in Upper Egypt, so he posted his idea on Twitter and soon found supporters. Such was the beginning of S3Geeks. Today, the group has representatives in ten governorates, an established organizational structure, and is well positioned to pioneer the integration of ICT in Upper Egypt.

One of S3Geeks’ main activities is its annual train trip. The group visits each of the south’s governorates and aims to spread awareness of the importance of ICT by delivering workshops and lectures as well as presenting Massive Online Open Courses, or MOOCs, which are free online classes that can teach practical skills. The group also sponsors programs to particularly empower Upper Egyptian women through ICT, such as the workshop entitled “Technology for Her,” held on International Women’s Day in March 2014 in the geeks’ main office in Qena. The workshop aimed to teach the participants, who hailed from the Sohag, Assiut, Aswan, and Qena governorates, how to create and maintain Internet-based small enterprises. “These activities are almost entirely organized and publicized on social media, as there is no other way of reaching out to the youth,” says Mohammad Samir, S3Geeks’ creative works consultant.

In the beginning, S3Geeks faced funding obstacles. Samir remembers the first train trip in 2011. “We took the third class train and slept in the stations,” he says. But soon after, groups began reaching out to S3Geeks for technical advice; through such relationships, the team acquired some funding.

Still, there are stubborn challenges that S3Geeks faces. The geeks recently attempted to register as a nonprofit, but faced roadblocks from the government. Ahmed relates, “When we visited the Ministry of Social Solidarity requesting to register as an NGO, the employees looked at us in disbelief. It seems as though it was the first time young people like us went to register.” Because all the founders of S3Geeks are below the age of 30, the Ministry did not allow the group to start the registration process. Most governmental institutions have refused to offer S3Geeks public spaces to host activities due to the group’s status as unregistered. S3Geeks has hired a lawyer to try to move the process forward.

Without designation as a nonprofit or other type of organization, a group like S3Geeks risks coming to an end as swiftly as it was created. The fickle nature of social media platforms means that there is no guarantee that initiatives will become institutionalized.

Despite these obstacles, online initiatives are attracting investors, support centers, and innovation laboratories that shore them up, often by bringing them together in physical rather than virtual space.

The Arab Digital Expression Foundation (ADEF) is a private organization that offers mentorship to help these initiatives develop, offering capacity-building trainings and funding. ADEF may also provide a dekka (bench), an open space of 250 square meters, as well as computer labs and studios for video and sound production. The open space allows youths to come together to create, network, explore new ideas, and learn from one another.

In addition, the United Nations Development Program (UNDP) in Egypt recently organized a learning opportunity in cooperation with the Egyptian ICT Trust Fund. The Get Online MENA Week Campaign in March 2014 involved participants from seven Arab countries. Through live broadcast webinars and roundtable discussions, entrepreneurs were given a chance to talk about their initiatives and the challenges they face, passing on their experiences and inspiring other youth. Among the week’s activities were an e-marketing workshop and a mobile application development marathon for computer science students from universities around Egypt.

While many online initiatives may not grow to become full-fledged startups, with the necessary financial and technical support many have a good chance of growth.

Beyond invigorating the development landscape, these online initiatives are challenging an outdated legal framework. In one of the roundtables organized by the UNDP, young entrepreneurs explained how their initiatives do not fit the current laws and, similar to the situation in which the S3Geeks found themselves, they are lost in the procedures of registration.[3] Many participants noted that they are also unsure whether to register as a company or a nonprofit or to pay taxes, as there are no laws regulating online campaigns. Most of the leaders must use unconventional methods to resolve their legal status issues, such as registering their initiative abroad or using personal connections within the government to facilitate registry.[4]

Egyptian law also imposes limitations on how unregistered initiatives can procure funding. For instance, equity-based crowd-funding is not legal in Egypt. An initiative must establish and register as a public joint stock company so that it can receive funds through the online sale of stocks. This is usually done through crowd-funding websites. However, legal experts note that to sell shares online the “[joint stock] company has to be registered for at least two years and show…[an] annual profit growth of at least 1 percent from the original capital.” [5] Otherwise, the company can be perceived as a form of fraud. This reduces startups’ ability to obtain online funds.

Popular culture is another factor impeding the development of these initiatives, giving preference to stable pay in brick and mortar businesses or on farms. The combination of risk aversion and the perception of technology as trivial creates a cultural obstacle. “To many in Upper Egypt, the idea of a person chatting online for [a] long time is a timewaster,” says Ahmed. “We try to make people in Upper Egypt see that working on the Internet can be as productive as working in the field.”

There is a great potential for many of these initiatives to develop into full-fledged for-profit businesses or nonprofits, but the government must create a favorable environment for them. Reducing bureaucratic procedures for registration and updating the legal framework to include online forums for marketing and funding are areas that can be addressed. Essentially, an old-fashioned regulatory framework must recognize these startup leaders for who they are: young innovators working hard with the tools of their time to further development.

[1] “Youth are Quarter of Egypt's Population, and Half of them are Poor,” Egypt Independent, 12 August  2012, http://www.egyptindependent.com/news/youth-are-quarter-egypt-s-population-and-half-them-are-poor.

[4] Another challenge for many organizations is the Egyptian law that dictates that an initiative should have a bank account that consistently contains at least 100,000 Egyptian pounds (approximately $14,000) in order to be considered worthy of registration. For groups that have built themselves mostly on volunteer efforts, this amount is not easy to obtain.