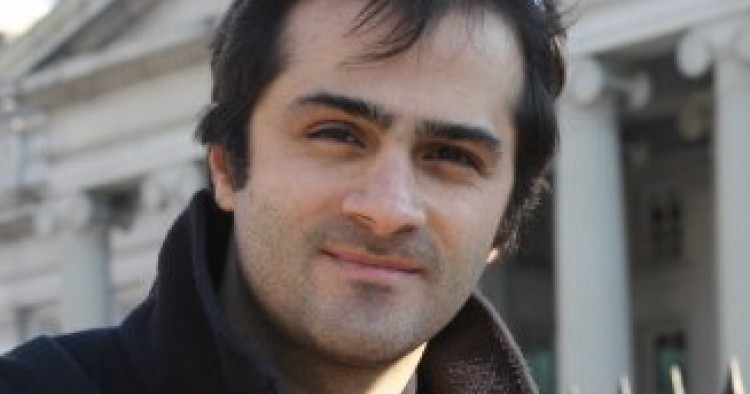 This piece was first published by ForeignPolicy.com on February 4, 2013.

Assertions and opinions in this publication are solely those of the above-mentioned author(s) and do not necessarily reflect the views of the Middle East Institute, which expressly does not take positions on Middle East policy

Four months before the next presidential election, Iran's conservative establishment is facing a security threat: Mahmoud Ahmadinejad. Four years ago, a controversial election that reinstated President Ahmadinejad brought millions of Iranians into a face-to-face confrontation with Supreme Leader Ayatollah Ali Khamenei. Now, it is Ahmadinejad who is coming face-to-face with the very man who lifted him out of obscurity and granted him worldwide fame and unparalleled support against all pillars of the Islamic Republic.

During an unprecedented debate at the parliament, which ended in mayhem and the dismissal of the labor minister, Ahmadinejad played a video that implicated the powerful Larijani brothers, two of whom head the judiciary and legislative bodies, of corruption and nepotism. Sunday's impeachment put Ahmadinejad's remaining presidency in danger since many of his allies in the cabinet have had similar fates. At this fiery session that was being broadcast live on state radio, he threatened and eventually played the video to prove a backroom deal that involved the Larijani family. In response, the speaker of the parliament accused Ahmadinejad of mafia type activities and did not allow him to continue. Ahmadinejad angrily left the parliament and moments later 192 out of 272 members of parliament voted in favor of the impeachment.

With the next election just around the corner, the supreme leader fears that these public exchanges may once again dangerously polarize the polity and the country. During a meeting to resolve the tensions between the president and the speaker of the parliament just a few weeks ago, Khamenei frustratingly asked them not to publicize their differences. In October 2012, he even warned: "From today until the election day, whoever uses people's emotions to create conflicts, has definitely betrayed the country." In a country where political campaigns have turned into massive social movements, normal elections are seen by the government as unusual security threats. Khamenei recalls the 1997 and 2009 presidential elections that gave rise to the Reform and Green Movements, respectively. Looking at the increasing intensity of the past upheavals, he has good reason to worry that the next election could lead to turmoil and obliterate his office.

However, as lame duck Ahmadinejad's days in office are numbered, his recent boldness in challenging his opponents is ever more surprising. The Putin-Medvedev scenario to ensure his political return in four years is increasingly unlikely since the establishment has already begun to systematically weed out his men. The tighter the noose is getting, the more he seems to seek legitimacy through popular support or an international breakthrough. Efforts on both fronts have fallen short, though, and logically so.

Ahmadinejad told the parliament that he came to "tell the people that the president you have selected is under the power of the speaker of the parliament." A few months ago, in another showdown with the establishment, he attacked Larijani for claiming that international sanctions have had no effect on Iran's shamble of an economy (Iran's currency has plummeted by about 50 percent in the past year), condemned the security and military apparatus for "entering the political arena," and slammed the state-controlled TV for blaming him for the all country's problems.

Indeed, it was not long ago when Ahmadinejad called U.N. Security Council sanctions resolutions "worthless paper," and named millions of people who voted for his opponents as "dirt and dust." Having lost the establishment's backing, he is now in search of new allies among the masses. He complained, "the only one who is accountable (to the people) is us (my administration) ... is everything in order in this country and only the administration has a weakness? ... I am probably the only official who is not afraid of going out to the people. I have no fear. I swear to God I have no fear." In an implicit reference to Iran's top leadership, he said: "I, Ahmadinejad, am the only one in the country whom you (journalists) can talk to his face like this. If there is a second one, name them!"

These are the words of a man, who appreciates the depth of the unpopularity of the regime and its old guard. In a region that has recently witnessed the bloody removal of leaders such as Libya's Muammar al-Qaddafi, these are unmistakable codes.

To be sure, this is not the first time that an Iranian president has fallen out of love with the supreme leader. In fact, one of the most consistent characteristics of Iran's political system since the 1979 Revolution has been the continual bifurcation of the polity. Each time a faction removes its rivals and dominates the political scene, it simply splits and forms new rivalries. Shortly thereafter, the supreme leader and the president almost inevitably begin to clash. This is precisely how Ayatollah Khomeini and then-President Khamenei collided in the 1980's. When Khamenei became the supreme leader after Khomeini's death, it was his turn to clash with Presidents Ali Akbar Hashemi Rafsanjani and later Mohammad Khatami. Ahmadinejad's ascendance to power in 2005 was an orchestrated attempt by Khamenei to put an end to this infuriating rift. But in the end, it only affirmed the previous logic.

Khamenei went so far as to publically back Ahmadinejad for years; an unprecedented move by a leader who claims to be above partisanship. Khamenei claimed Ahmadinejad was the only president whose administration he could trust in negotiating with the world. Little did Khamenei know that Ahmadinejad would break all of the rules and cross all of the regime's redlines. Never did Khamenei imagine that his president would look for any excuse to send a message to his U.S. counterparts, George W. Bush and Barak Obama, and even hope to run into them in the United Nations. Little had Khamenei appreciated Ahmadinejad's reformist predecessor for reportedly hiding in a bathroom at the United Nations for the fear of facing and shaking hands with then-President Bill Clinton. Now Khamenei has to deal with a loose canon, and he has only himself to blame.

The two former presidents (Rafsanjani and Khatami) who lead two of the main opposition factions have long been waiting for a political deadlock that would bring Khamenei to his knees. They have hoped that a combination of internal and international pressures would eventually force the regime to partially open up the political process and bring them back in. So far, Khamenei has stubbornly resisted any compromise with his marginalized rivals. Now, the two former presidents are hoping that Ahmadinejad will make Khamenei so desperate that he would return to his old allies. While Khamenei is clearly frustrated with Ahmadinejad, there are indications that he still desires to follow the same model, this time finding a more loyal version, to replace him. As he has all the tools to engineer the election, the outcome is therefore far less critical and unpredictable than the process itself. The next election can turn into another mass movement reminiscent of 2009. The aforementioned factional tensions may push the society that is already burning under the confluence of social, political, and financial pressures over the edge. As Khamenei is gearing toward dealing with the U.N. Security Council's permanent five member plus Germany, an eventful electoral process may undermine his aggressive external posture and thus derail negotiations that he wishes to have; again reminiscent of 2009, he fears.

Ahmadinejad, who is known in the West as the man who claimed Israel should be wiped off the map, is now feared by the establishment to be the catalyst for an existential threat to the Islamic Republic. He simply knows too much and is not willing to back off. A day after his minister's impeachment, President Ahmadinejad volunteered to be the first person sent into orbit by Iran's fledgling space program. Ayatollah Khamenei, echoing John F. Kennedy, may wish to land Ahmadinejad on the moon but not return him safely to the earth.