Transnational Networks of the Lebanese-Nigerian Diaspora 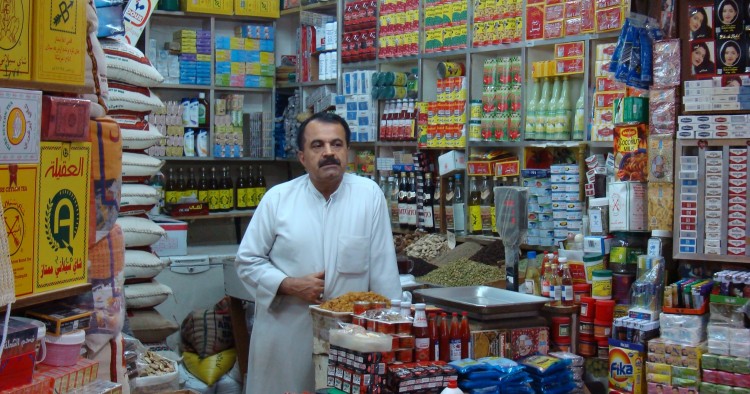 Recent studies have accorded great importance to the role of transnational migrant community networks in international migration.[1] According to Hourani and Dabbous, there are several prerequisites for the development of such networks, including the presence of the migrant community in different parts of the world, diverse transnational relations — financial, commercial, political, religious rituals, or family ceremonies — and visits between the migrants and relatives in their country of origin.[2]

The creation of the Lebanese community in Nigeria, as well as its contributions to Nigeria’s economy, began with the arrival of the first Lebanese immigrant, Elias Khoury (who hailed from Miziara in the northern part of Lebanon), in Lagos in 1890.[3] There followed other Lebanese families, and the formation of this community and the related transnational network began to expand. Advances in transportation and communication have strengthened transnational networks of Lebanese-Nigerians between Lebanon and Nigeria as well as between the various Lebanese migrant communities in other parts of the world.

Economic prosperity, capital formation, investments, and socio-cultural development, have all been attained as a result of the various components of networks (i.e., family members, friends, business contacts, etc.) used by the Lebanese community. In a survey conducted in Lagos, Kano, Ibadan, Port Harcourt, Calabar, and the villages of Miziara, 80% of the interviewees claimed that their migration and the success of their enterprises in Nigeria were due to such components.[4] The networks have provided information to “help migrants reduce uncertainty and mitigate risks and thereby help them overcome traditional barriers associated with moving.”[5] They have helped to support migrants financially, psychologically (through the provision of a social community), and instrumentally by assisting migrants to assimilate into their new community.[6]

The family is the main refuge for members of Lebanese society. Indeed, Lebanese turn first to their families for assistance in almost every aspect of their lives, including migration. The kinship contract “has been grounded in material realities. Kinship relations have been, for the Lebanese, the core of social identity, economic stability, political security and religious affiliation and the first, often last line of care. It has been kin against whom one has had irrevocable rights and toward whom one has had religiously mandated, at times legally prescribed, moral responsibilities.”[7]

Lebanese-Nigerians have used modern means of communication such as telephone, fax, text messages, video, letters, and photos to remain connected with their families not only in the Christian village of Miziara and the Muslim village of Jwayya but wherever they are located.[8]This aspect was confirmed by various returnees interviewed in the villages of Miziara and Jwayya.[9]

Remittances are by far the most outstanding aspect of the network through which the Lebanese-Nigerians have been able to improve the lives of their families and their relatives in the villages of Miziara and Jwayya, as well as in Nigeria. Remittances are vital to the lives of residents, especially during times of crisis. Therefore, it is not surprising that they have emerged as critical insurance mechanisms for residents of countries afflicted by economic and political crisis, such as Lebanon during its civil war. During the 2006 war, Lebanese-Nigerians were able to mobilize $500,000 that was sent through the Lebanese Ambassador to the victims of the war.[10]

Indeed, remittances are a fundamental feature of Lebanon’s economy. They represent a sizable proportion of the country’s foreign revenue. In 2001, for example, remittances constituted 22% of household incomes and 88% of household savings in Lebanon. In 2004, Lebanon received $2.7 billion in workers’ remittances.[11] According to a survey conducted in Miziara and Jwayya, virtually all of the household respondents stated that they rely mostly on remittances from migrants in Nigeria for survival.[12]

Transnational philanthropy is an adjunct to remittances. This is a process by which migrants in the diaspora allocate a certain portion of their remittances to fund development projects in their home societies.[13] Formal structures, through which migrants make philanthropic donations, include religious, district, village, or other organizations of common interest, non-governmental organizations; and public relations and lobbying associations outside of the home country. In this respect, the Lebanese Ladies Society of Nigeria — a non-profit, voluntary humanitarian organization established in 1975 — has been involved in charitable activities offering scholarships to indigent students and donating to orphans in Lagos. Informal structures include families, broader kinship groups, and friends.[14]

In normal times, migrants donate funds to good causes, such as churches or mosques, construction/renovation, rural schools, cemetery improvements, health facilities, rest homes for the elderly, and orphanages. A typical example of this in Nigeria is the donation of a renovated old family building by the Moukarim family, which the Jigawa state government converted into a hospital (the Faiz Moukarim General Hospital, named after the first Lebanese to settle in the village of Majia).[15] The Hajig family renovated a girls’ secondary school, renovated Government College Birini Kudu, and constructed a 1.5 kilometer road leading to the school in Jigawa State.[16] Similarly, the El-Khalil family helped renovate some secondary schools in Kano State.[17] In the city of Ibadan, Raymond Zard has provided scholarships to 15 students drawn from various universities across the country.[18] In 1992, Chief Marcel Chagouri built the Mother of Mercies religious monastery for the elderly in Miziara village in northern Lebanon.[19] Mother of Mercies also has served as a religious pilgrimage center. The Lebanese Community in Nigeria, which built a Maronite Church in Lagos in 1966, also built churches in the eastern, western, and northern parts of the country.[20]

It is important to emphasize that remittances have not been the only way of maintaining family members in Lebanon. Because of the proximity of Lagos to Beirut by air, Lebanese-Nigerians are able to visit friends and relatives, assist residents during natural and man-made disasters, and gather to address issues related to their country of origin.[21] Lebanese-Nigerians also have been able to contact their families in West African countries, Australia, Western Europe, Brazil, and American cities — trying to build what Hourani and Dabbous have referred to as a “transnational abode.”[22]

The role of returnees in facilitating and enhancing the various components of network towards developmental activities in both Nigeria and Lebanon, cannot be overemphasized. Members of the first ever Nigerian Trade Delegation to Lebanon (July 28- August 2, 2008) were astonished when they saw the series of development projects undertaken by returnees in the two villages.

Lebanese-Nigerians have succeeded, not only in maintaining contact with their home villages and elsewhere, but they also have forged local-global linkages and transnational networks. By facilitating interactions between Nigeria and the homeland (Lebanon) and among the Lebanese-Nigerian diaspora (e.g., in Australia, Brazil, Britain, Canada, France, and the United States), these links have created a “transnational abode.” They also have fostered the development of e-commerce. Hopefully, Lebanese-Nigerians will use the transnational network to facilitate and enhance socio-cultural and business trading relationships between Nigeria and Lebanon.

[3]. Adebayo, “The Lebanese in Nigeria:The Lebanese and Economy of Lagos,1890-1980,” Unpublished PhD Thesis, Department of History, University of Ilorin, 2003. Though some continue to dispute the arrival date of the first Lebanese to Nigeria, most historians of West Africa accept 1890.

[12]. Interviews by author in Miziara and Jwayya, September and October, 2008.

[14]. Interview by author with May El-Khalil, former president of the Lebanese Ladies Society of Nigeria, October 1997.

[19]. Interview with Chief Marcel Chagouri, who built the Monastery of the Holy Mother of Mercies, where I spent one month while conducting research.