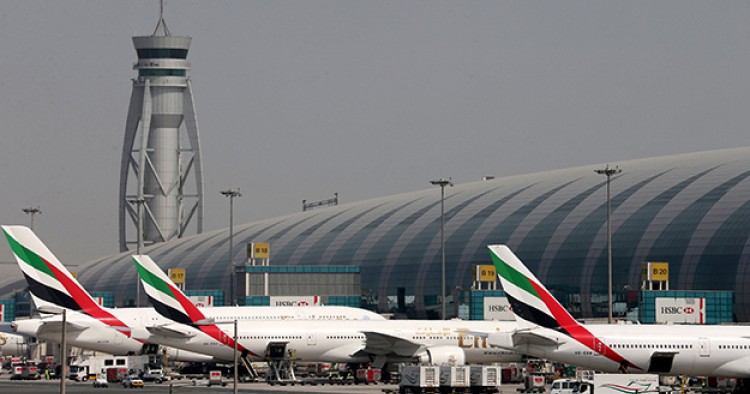 When I was approached last summer by New York University’s Hagop Kevorkian Center for Near Eastern Studies to teach a class this spring, I did not imagine the changes that would take place in the American political landscape. Since Donald Trump took office, his promise to place “America first” has manifested itself in numerous ways. Although I am committed to the university and the students, traveling to the United States is becoming less and less enticing. This week, the Trump administration introduced a new ban—followed by a lighter version from Britain—on bringing laptops and other electronic devices on board U.S. bound flights from the Arab world and Turkey. And while an “Islamic State threat” has been announced as the rationale for the ban, another reason may be simpler but equally significant.

For almost a decade, U.S. legacy carriers American Airlines, United Airlines, and Delta Air Lines have lobbied hard to restrict flights from the major Gulf carriers, Emirates Airline, Etihad Airways and Qatar Airways. In their February meeting with Trump, the CEOs of U.S. carriers pressed him to reign in Gulf airlines that they accuse of receiving unfair subsidies. Although Trump was sympathetic, he told them he must balance their interests with the interests of companies including Boeing, General Electric and United Technologies involved in the manufacturing of the planes and who provide thousands of jobs. It seems the Trump administration came up with a novel approach to tackle the matter. Rather than appearing to stifle competition, the U.S. government would use the pretext of terrorism to hurt Gulf airlines just enough so passengers switch to U.S. carriers.

The terrorism pretext also allows the United States to circumvent what it described as the “pro-consumer, pro-competition, and pro-growth” Open Skies agreement it signed with these countries. These agreements are aimed at “eliminating government interference in commercial airline decisions about routes, capacity, and pricing, so airlines can provide more affordable, convenient, and efficient air service to consumers, promoting increased travel and trade.” The U.S. legacy carriers have even commissioned studies that, according to them, “confirm” that  Gulf carriers are causing serious harm to U.S. airlines. Ironically, U.S. carriers who have often complained about alleged subsidies to Gulf carriers have themselves received billions of dollars in U.S. federal government support.

To be sure, terrorist networks have continued to aim for soft targets like airlines and airports. In February 2016, an alleged terrorist blew himself up while trying to detonate a bomb hid in a laptop on board a flight from Somalia to Djibouti. However, the selective approach in implementing this laptop ban on these specific ten airlines shows that the issue goes beyond terrorism. Why aren’t all airlines subjected to the same scrutiny, for example? Stringent security screening is already implemented at Gulf airports: laptops are separated from hand luggage, screened in x-ray machines, and then wiped to make sure that they are safe to take on board. Why allow mobile phones and bar laptops? As Nicholas Weaver, researcher at the International Computer Science Institute at the University of California, Berkeley told The Guardian, “If you assume the attacker is interested in turning a laptop into a bomb, it would work just as well in the cargo hold.” and “If you’re worried about hacking, a cell phone is a computer.”

The truth is that Abu Dhabi, Dubai and Doha airports have as strict security procedures in place as Heathrow, Charles De Gaulle and Schiphol. That these restrictions do not apply to other airlines with lower standards safety records means one of two things: either the U.S. ports authorities do not trust the Gulf carriers (all of whom have an impeccable safety record) or, and more likely, that this move was designed to give an unfair advantage to U.S. carriers. I would not be surprised if some European carriers are lobbying their governments to follow in the steps of Washington and London. Some are already on record calling for protectionist policies.

Recent events show how even temporary announcements can have a significant negative impact on sales. Emirates Airline said that Trump’s first Muslim ban resulted in a 35 percent plunge in booking on U.S. routes. This impact is evident when one considers that in its first 11 years of operations to the United States, Emirates alone carried over 10 million passengers. The customs pre-clearance agreement between the U.A.E. and the United States also had no bearing on excluding the U.A.E. from the laptop ban.

Until cooler heads prevail, what are the options open to these Gulf carries? At present, there isn’t much they can do but to comply with the edict. Some, like Emirates Airline, have identified an opportunity to remind passengers of their superior onboard entertainment system, “Who needs tablets and laptops anyway? Let us entertain you.” Another novel idea is to allow passengers to convert the screens on the back of seats into a laptop screen, and offer them bluetooth keyboards to connect their mobile phones.

There is no doubt that a significant reason behind the electronic ban is to stifle competition from Gulf airlines, and to encourage U.S. bound passengers to fly on American carriers. The lucrative first and business class passengers sector depend heavily on the fact that travelers can work on board flights. Now these passengers will start to look to other non-Gulf carriers as alternatives. This laptop ban is merely the latest in a string of protectionist policies fronted by the Trump administration.