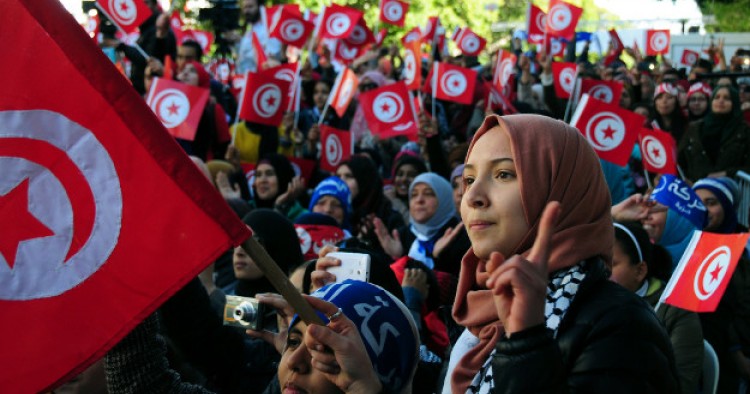 Two weeks ago, Tunisian security forces used excessive force to try to stop peaceful demonstrators in El Kamour Tataouine, killing one of them. Six years after the 2010-2011 uprising, many Tunisians are wondering what is left of their revolution.

Distinguished by a Nobel Peace Prize in 2015, Tunisia's success since 2011 is often attributed to the consensus nature of its transition, with a coalition government that includes the Islamist party, Ennahdha.

However, this fairy tale of secularists and Islamists getting along and reaching comprises brokered by two patriarchal figures, President Beji Caid Essebsi and Ennahdha leader Rachid Ghannouchi, does not match the reality on the ground.

In fact, post-revolution Tunisia continues to witness social upheaval, with regular protests. For the past two years, demonstrations have continued to take place in response to President Essebsi's troubling obsession with passing an amnesty bill, which forgives the financial elite who fraudulently accumulated its wealth under the dictatorship of Zine el-Abidine Ben Ali. But the protests are not limited to this single issue.

The extraction of natural resources in the south, a legacy of colonialism, has galvanised popular activism.