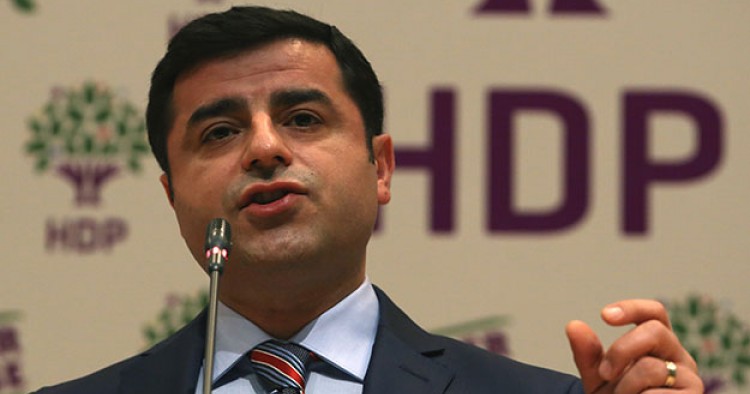 With an ongoing peace process with the Kurds and a stumbling democracy, the stakes for Turkey’s parliamentary elections next month have not been higher. The opposition parties—the People's Democratic Party (HDP), the Republican People's Party (CHP), and the Nationalist Movement Party (MHP)—need all the help they can get to deny an outright victory to the Justice and Development Party (AKP), which has ruled Turkey since 2002. The growing popularity of the pro-Kurdish HDP, along with signs of declining support for the AKP, point to the possibility of a significant shift in Turkish politics. But the HDP must first clear some obstacles.

The HDP has decided to run as a party rather than field independent candidates. For the HDP to be represented in the next parliament, it must pass the 10 percent electoral threshold. Many have criticized the HDP for embarking on such a high-risk strategy. Those concerned about the Kurdish peace process argue that the process will be derailed should the HDP fail to pass the threshold. Others fear an even stronger AKP from its potential capture of HDP seats.

But the Kurds seem confident that they will make it to the parliament and exert influence at a critical time not only for the Kurdish cause but also for Turkish democracy. They are banking on an historic opportunity. “This is a time when the AKP is the weakest and the HDP is the strongest,” says the co-chair of a Kurdish municipality. Indeed, anti-AKP sentiment seems to be at an all-time high, not only in the traditional strongholds of the opposition, but also within the ruling party’s base.

President Recep Tayyip Erdogan’s indifference to the slaughter of their brethren in Kobani at the hands of the Islamic State seems to have been a turning point for some within the AKP’s conservative Kurdish base that has traditionally voted for center-right parties as opposed to pro-Kurdish parties. According to a public opinion poll, the AKP has been losing ground among conservative Kurds to the pro-Kurdish HDP since Kurds took to the streets in October 2014 to protest the government’s inaction in Kobani.

The poll suggests that the AKP is also losing ground within its non-Kurdish constituency. In March, the party’s vote stood at 41.8 percent, the lowest percentage in the run-up to a general election since the 2007 elections.

Erdogan’s meddling in the economy, his desire for presidentialism, and the government’s crackdown on opponents have alienated those non-ideological voters who have supported the ruling party for economic and political stability.

The HDP, however, seems to be enjoying unprecedented popularity outside its traditional constituency. Several public opinion polls put support for the HDP at slightly over 10 percent. Party leader Selahattin Demirtas’s opposition to Erdogan’s presidentialist ambitions, as well as his liberal agenda, are resonating with disappointed AKP voters and the anti-AKP camp that has lost faith in the main opposition party, the CHP. The PKK’s support for the peace process and conciliatory statements from the PKK’s top field commander toward Turkey are also likely to help the HDP win support from the CHP’s liberal wing.

Demirtas faces further challenges. Despite his reassuring statements that the HDP does not support Erdogan’s presidential ambitions, there is skepticism among voters in western Turkey that the HDP could go along with Erdogan if he promises federalism under a presidential system.

The prospect of a de facto autonomous Kurdish region within Turkey’s unitary structure is another concern for those sitting on the fence. The ceasefire with the Turkish state and the PKK’s battles in Syria and Iraq have opened up a window for the PKK to establish civil society groups and build local institutions within Turkey’s Kurdish region. Relative democratization and the partial withdrawal of the Turkish security forces have opened up a democratic space for the PKK in the country’s southeast.  Quasi-state structures with legal and fiscal trappings such as courts and tax collection centers have emerged. The PKK has also stepped up recruitment of militants and has enlarged its insurgency capacity in cities via its Patriotic Revolutionist Youth Movement (YDGH).  Such momentum toward PKK regional autonomy makes liberal CHP voters who might otherwise consider voting for the HDP concerned about the future of national unity.

But the ultimate question lingering in the minds of many undecided voters is what the HDP will do in case it does not make it to the parliament. The prospect of the PKK resuming violence gives the pessimists pause.

Kurds are at a turning point. Which direction Turkey’s Kurds will take largely rests on the upcoming elections and the subsequent steps.

“We renovated the nicest building in town,” says the head of a think tank in Diyarbakir. “It could be a home either to Ocalan or to the new Kurdish parliament. The choice is the government’s.”

But the responsibility to take steps to proceed with the peace process and prevent attempts to derail it rests as much on the PKK’s shoulders as it does on those of the government.

The PKK has significantly expanded its diplomatic, economic, military, and political power both in Turkey and the region. Its fight against the Islamic State has boosted its international image as an effective fighting force and as a secular group that respects women’s and minority rights. Should the HDP fail to make it to the parliament, the PKK will call the shots in Turkey’s Kurdish political movement, rendering it even more power. The militant group might be tempted to use this power to shape the post-election dynamics. Resuming violence is the oft-voiced option, but it is hardly the wisest.

If the PKK resumes violence after the elections, it would not only tarnish its positive image but would also squander the HDP’s prospects of becoming an integral part of Turkey’s struggle for a more democratic future.