Turkish Cultural Diplomacy in the Philippines 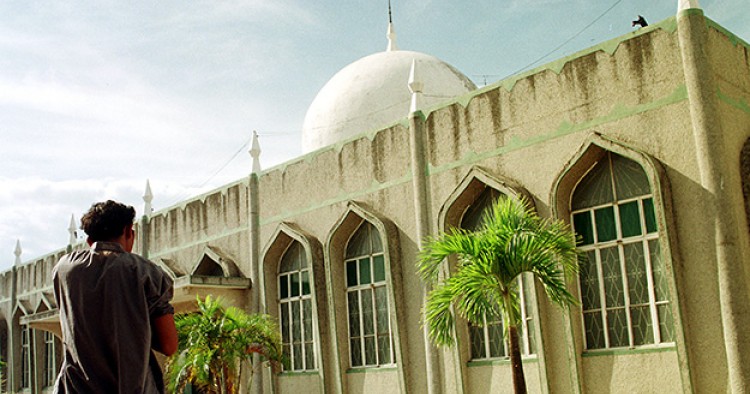 The Philippines and Turkey have not fully capitalized on their human resources and strategic assets in order to expand commercial ties and boost cultural exchanges. However, thanks largely to the efforts of a critical mass of Turkish nationals who have formed the backbone of a “constituency” for advancing Philippine-Turkey relations, the tide may be turning. Three recent developments indicate that the groundwork is being laid to pursue a more robust bilateral relationship: 1) the opening of Turkish-owned schools operating both in Manila and in Zamboanga City (southern Philippines); 2) the creation of the Pacific Dialogue Foundation in the Philippines; and 3) the establishment of the Turkish Chamber of Commerce in the Philippines.

The State of Philippine-Turkish Relations

In spite of Turkey’s vibrant economic growth and geostrategic position between the Middle East and Europe, the Philippines has not pursued a deep and durable bilateral partnership with the country. In fact, the three traditional elements of Philippine interaction with the Middle East—oil, overseas foreign workers (OFWs), and diplomacy aimed at obtaining observer status in the Organization of the Islamic Conference (OIC)—have been mainly directed toward the Arab countries in the region. In turn, given Turkey’s focus on American and European economics and politics, the Philippines has not been seen as a country that offers Turkey strategic value.

After the OIC elected a Turkish diplomat and educator, Ekmeleddin İhsanoğlu, as its secretary in January 2005, Philippine-Turkish relations entered a new phase in which their political interests coincided. At the same time, an active Turkish cultural and business community has emerged in the Philippines. In recent years, these Turkish nationals have been the prime movers of the two countries’ relations, as they have sought to involve a great number of Turkish stakeholders in Philippine society, particularly in the fields of education, religion, culture, and the economy.

Three initiatives are worth noting to understand this new dynamic:

The most significant contribution of Turkish nationals in the Philippines is through education. Although these nationals are foreign to the Philippine educational system, they have not been prevented from implementing their goal of multicultural schools in which Filipinos, Turks, and other nationalities interact with each other in an environment where tolerance, “love, concerns, and success meet.”[1] The first Turkish school in the Philippines opened in 1994 in Zamboanga City, and was followed by the opening of sister schools in Santolan and Anapolis, San Juan City, in metro Manila.[2] These schools are secular and non-sectarian and follow a state-prescribed curriculum.

Former Philippine President Gloria Macapagal Arroyo acknowledged this effort by encouraging the establishment of more Turkish schools in the country to facilitate the “strengthening of mutual relations” and the bond that “make[s] people of other faiths accept one another.”[3] In addition, former Governor of Zamboanga City Maria Clara Lobregat acknowledged the successful contribution of Tolerance [High] School by “changing the misperception formed in Filipino minds regarding the unfortunate clashes of Muslims and Christians in the country.”[4]

Tolerance High School was founded in 1997 in Zamboanga with 87 students. Today, the school has boarding and teaching facilities for over 1,000 students. It practices a policy of equal treatment for Christian and Muslim parents and pupils, and is considered “one of the best [schools] in the region,” producing top students in international competitions.[5] It has also won an award for “practicing peace through education.”[6] Another school, located in the Manila area, is the Fountain Elementary School, which offers basic educational programs designed to prepare students in the fields of science, math, and English.[7]

The Turkish Chamber of Commerce

Another driver promoting ties between the Philippines and Turkey is the establishment of the Turkish Chamber of Commerce of the Philippines, Inc. (TCCP). In line with TCCP’s grand vision of promoting relations through non-political diplomacy, the Chamber brings Turkish businessmen together with their Filipino counterparts to consult on business and investment opportunities that each country can offer the other. These visits have spearheaded “long-term business networks,”[8] especially in the areas of tourism, school and housing project construction, energy, furniture, business process outsourcing, and food processing.

TCCP is part of the Confederation of Businessmen and Industrialists of Turkey (TUSKON). It has become the sole and official representative of TUSKON in the Philippines and has organized several Turkey-World Trade Bridge programs in Istanbul.[9] TUSKON chairman Ahmet Altintas believes that the Philippines has a “lot to offer Turkish businessmen”[10] given its huge population, strategic location, and its impressive economic growth, although Altintas also acknowledged the imbalance in trade between the two countries, with Turkey exporting far more to the Philippines than vice versa.

The Turkish practice of diplomacy through economic collaborations has won the hearts and minds of many elites in the Philippines. With the Philippine government’s efforts to advance the country’s economy through attracting foreign investment and diversifying markets for Philippine products, Turkey can take advantage of this opportunity.

With the creation of the Pacific Dialogue Foundation in the Philippines, a peaceful, constructive, and productive environment between Turks and Filipinos has begun. The Foundation is tasked with promoting universal values such as tolerance and understanding and coordinating activities between the Philippines and Turkey. It is also active in organizing tours and visits to Turkey for Filipino businessmen, academics, researchers, and local and national government officials.

The Pacific Dialogue Foundation has changed many Filipinos’ perceptions of Muslim countries. In fact, many politicians in the Philippines want to emulate this kind of approach in promoting understanding. This is especially true in the southern Philippines, where poverty and ethno-driven conflicts dominate the daily life of many residents.

Although Turkish nationals are optimistic regarding their current activities in the Philippines—namely the Turkish schools and businesses they have established, as well as the Pacific Dialogue Foundation—there are also circumstances that create challenges for these endeavors. It is an undeniable fact, for instance, that a disruption of peace and order, especially in the southern part of the Philippines, complicates investment regulations and law. Recent encounters between government forces and members of the Moro National Liberation Front (MNLF) resulted in the suspension of economic activities in the region after a humanitarian crisis occurred in which thousands of civilians sought refuge in a sports compound in the city for more than ten days.

However, the current administration of President Benigno Aquino III has initiated an impressive set of reforms targeting the country’s security, which helps to make the Philippines a more attractive place for foreign investors and tourists. The administration has also continued to negotiate with separatist Muslim groups in Mindanao and has promised to institute economic opportunities for Muslim Filipinos.

In line with these Filipino policies aiming to foster better relations with Filipino Muslims, the Turkish community presently residing and doing business in the country can continue to help by bringing more economic and sociocultural opportunities to Muslim Mindanao. Indeed, with their liberal and tolerant approach, Turkish activities in the Philippines have demonstrated an emerging alternative model by which Filipino leaders can improve the living condition of Filipino Muslims while at the same time strengthening cultural dialogue between Filipinos and residents of Muslim countries.

Also, as a member of the United Nations, the Philippines is committed to reaching the Millennium Development Goal on poverty reduction. It aims to decrease poverty incidence, especially in poor areas in Muslim Mindanao, from 33 percent to 16.6 percent by 2015. As of June 2013, poverty incidence in the country stood at 27.9 percent. National Economic Development Authority (NEDA) Socioeconomic Planning Secretary Arsenio Balisacan acknowledges that the biggest problem facing the Philippine economy is underemployment rather than unemployment. The underemployment rate in April 2013 was pegged at 19.2 percent, which is equivalent to 7.2 million Filipinos. In order to solve this problem, the Aquino administration is focusing on programs and projects that can bring decent jobs for the underemployed. These programs and projects focus on tourism-oriented infrastructure, a higher budget for education, and the streamlining of policies that boost the manufacturing sector.[11]

These efforts seem to be paying off, as the Philippines was the fastest growing economy in Asia in the first quarter of 2013, according to the National Statistical Coordination Board (NSCB). NSCB announced that the country’s gross domestic product (GDP) grew by 7.8 percent in the first quarter of 2013, faster than that of China (7.7 percent), Indonesia (6 percent), Thailand (5.3 percent) and Vietnam (4.9 percent).[12] In terms of tourism, there were approximately 1.6 million visitors in the first four months of 2013, an increase of 10.12 percent over the previous year.[13]

Secondly, the Philippines and Turkey are both tourist-oriented countries. Turkey can share with the Philippines its phenomenal experience in this industry. The passing of Turkey’s Tourism Incentive Law in 1982 resulted in phenomenal growth in the tourism industry, with an annual average growth rate of 12 percent in terms of tourist arrivals and 15 percent in terms of tourism revenue.[15] According to World Tourism Organization data from 2005, Turkey was the ninth most visited country in the world and ranked eighth in terms of tourism income. Given this situation, the Philippines can learn from Turkey how to augment its “attracting strategy” for foreign visitors.

Thirdly, Turkey can share its experience with the Philippines in regard to health care tourism, as Turkey has been able to attract foreign investment in tourism via health care. Turkey currently has 47 Joint Commission International (JCI) accredited hospitals and is “one of the highest ranking countr[ies] in terms of the number of JCI-accredited healthcare facilities.”[16] In 2012 Turkey welcomed 130,000 foreign nationals seeking medical care, which created a turnover of about $400 million.[17] The Philippines is also a country that produces high calibre nurses, medical practitioners, and caregivers. As a result, the Philippines can learn from Turkey’s success and foster health care tourism as part of its strategic campaign to promote tourism and attract investors.

The sociocultural and economic engagement between Turkey and the Philippines could prove to be the beginning of even stronger bilateral relations. For many Filipinos, the introduction of Turkish nationals into the country has helped to counter misconceptions and biases regarding Muslims—those in the Philippines and otherwise. Many in the Philippine academic, business, and political sectors have embraced the effort to promote intercultural dialogue between the two countries, and such dialogue has not only improved educational exchanges but business interactions as well.

The author would like to acknowledge Dr. Ferhat Kazkondu, President of the Pacific Dialogue Foundation of the Philippines, for his help with this article.

[1] Motto of the Turkish Tolerance School in Zamboanga.