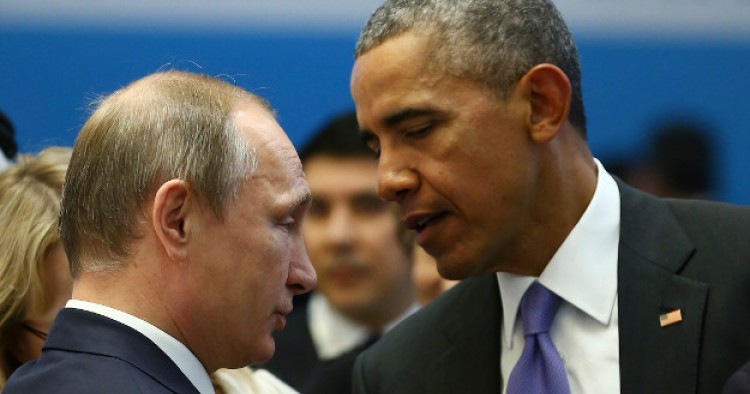 In this issues of MEI's weekly briefing, contributors Daniel Serwer, Randa Slim, Eran Etzion, and Alex Vatanka provide analysis on recent and upcoming events including discussions between the United States, Russia and Turkey on Syria policy at the G20 Summit, the Syrian opposition's transition plans, Russian moves on Israel-Palestine, and Iran's energy policy. The weekend’s G20 meeting in peaceful and prosperous Hangzhou, China focused on the world economy, especially trade and finance, as well as climate change. But President Barack Obama met on the sidelines with presidents Vladimir Putin and Recep Tayyip Erdogan, while Secretary of State John Kerry tried and failed for the umpteenth time to hammer out an agreement on Syria with Russian Foreign Minister Sergey Lavrov. The war-ravaged Middle East is never far from world leaders’ priorities these days, but progress is proving elusive.

The American proposal for Syria would renew the cessation of hostilities, allow delivery of humanitarian assistance, and enable joint U.S./Russian targeting of extremists while grounding the Syrian air force. The Russians ran out the clock in Hangzhou, enabling the Syrian army with Russian, Iranian, and Hezbollah support to cut off access again to Aleppo, where opposition forces had managed to breach the siege of several hundred thousand civilians. The Russians may eventually agree to a cease-fire, while Syrian government forces pursue the “starve and surrender” tactics they have used successfully elsewhere. Without a rebalancing of the military situation in favor of the opposition, President Bashar al-Assad is likely to regain control of Syria's largest city, by foul means.

Obama’s meeting with Turkey’s president focused on responsibility for July’s coup attempt, which the Turkish government blames on an erstwhile Erdogan ally who lives in Pennsylvania. While Obama lauded the survival of Erdogan and Turkish democracy and also promised cooperation on determining responsibility for the failed coup, he is unwilling to short-circuit the extradition procedures, which can be lengthy and complex. Erdogan was undoubtedly disappointed.

The Turkish and American presidents likely also discussed Syria. The Americans want to target the Islamic State and minimize Turkish and C.I.A.-supported Arab opposition clashes with Pentagon-supported Syrian Kurds—only making the contradictions in U.S. policy all too apparent.

Six years into the Syrian civil war, there are still no feasible transition plans around which regional and international powers fighting each other in Syria can coalesce. The Syrian High Negotiations Committee (H.N.C.) is releasing this week its plan for political transition in Syria that will not include any role for President Bashar al-Assad. While this is an important exercise for the H.N.C., part of this plan is out of sync with an emerging understanding on Assad’s role during a transition period. Turkey, the United States and Russia agree that Assad could retain a role in the interim transitional phase, but Ankara and Washington still insist there can be no role for Assad post-transition. Assad’s allies, Iran and Russia, argue that a political solution in Syria can be achieved through a new power-sharing arrangement among the different political and societal forces in the country, including Assad.

Iran’s idea of power-sharing, however, is rather cosmetic a la Assad’s much taunted political reforms, while Moscow lacks a clear strategy about the process by which to engineer this new power sharing arrangement. One Syrian state actor Moscow is betting on is the Syrian army, but rebuilding an army that suffers from manpower shortages, low morale, and the lack of a command and control structure will take many years. Today, the real authority in Syria lies within the complex web of security and intelligence bureaus, some of which now have their own militias fighting for Assad. Any talk of a new power sharing arrangement in Syria is moot unless this sector is radically overhauled.

One important player in this intelligence/security complex is Ali Mamluk, Director of the National Security Bureau. His upcoming visit to Moscow comes against the backdrop of renewed Russian-Turkish diplomacy on Syria. Last year, after a visit by Saudi Deputy Crown Prince Mohammad Bin Salman to Russia, the Kremlin arranged for Mamluk's meeting with Saudi officials in Jeddah. This time, Moscow is trying to engineer a rapprochement between Damascus and Ankara with Mamluk playing a central role.

The Israeli-Palestinian arena is showing some “weak signals” of diplomatic activity: a Russian attempt to convene a Netanyahu-Abbas meeting; and a trip by Prime Minister Benjamin Netanyahu’s envoy to Cairo amid remnants of the French initiative. However, a quick look at the real drivers behind the Israeli and Palestinian scenes will clearly show that the rift between the two leaders is unbridgeable. Netanyahu is facing a police “examination” (pre-investigation) for alleged corruption and embezzlement charges. While no reliable details are available, this is clearly his number one priority and is behind every political and diplomatic move he makes.

On the Palestinian side, municipal elections in the P.A.-controlled West Bank and Hamas-controlled Gaza Strip will take place on October 8: the first such elections since Hamas took over Gaza in 2007. President Mahmoud Abbas’s agenda is focused on denying Hamas—and his internal opposition, mainly Muhammed Dahlan—any electoral gains. Softening his positions vis-a-vis Netanyahu will have the opposite effect. Any minor compromise with regard to his two long standing pre-conditions for meeting Netanyahu—settlement freeze and long-delayed release of prisoners—is tantamount to political suicide. For Netanyahu, there is no possibility of meeting any of these two demands, not even partially.

In addition to the international community’s immersion in multiple crises, there’s next to zero chance of a consequential third-party move on Israel-Palestine. The scenario of a November surprise by a lame-duck Obama, in the shape of a U.N. Security Council resolution setting parameters for a peace process, may be haunting Netanyahu, but it’s likelihood is low.

Iran is a global energy power with the world’s largest natural gas and second-largest conventional oil reserves respectively. And yet since August 2013, when the moderate Rouhani government came to power, Tehran has failed to transform this strategic sector that had rapidly contracted due to sanctions in recent years. A belated new round of contracts due to be launched in October might change that.

Iran’s oil minister, Bijan Zangeneh—a highly respected industry insider, but disliked by hardliners in Tehran for his liberal economics and inclination for cooperation with Western energy firms—has in recent weeks survived multiple attempt by critics in the parliament to derail his brainchild, the Iran Petroleum Contract (I.P.C.). The I.P.C. was derided as “unconstitutional” by giving too much control to foreign companies, but it appears that Zangeneh has kept a broad consensus behind him, which includes Supreme Leader Ayatollah Ali Khamenei.

Zangeneh wants $185 billion of foreign investment by 2020, and, in order to blunt criticism from the hardliners, has warned that Iran will otherwise lose its position as a top energy producer. This is partly why the upcoming contracts by Iran are to be focused on joint cross-border fields, such as the giant South Azadegan, which Iran shares with Iraq. While Iraq pumps 210,000 bpd from the field, Iran produces only 50,000 bpd from the field. Zangeneh has been citing such failings in the face of hardline attacks and has recommended that Iran maximizes on the skills and services that can be offered by international oil and gas companies.