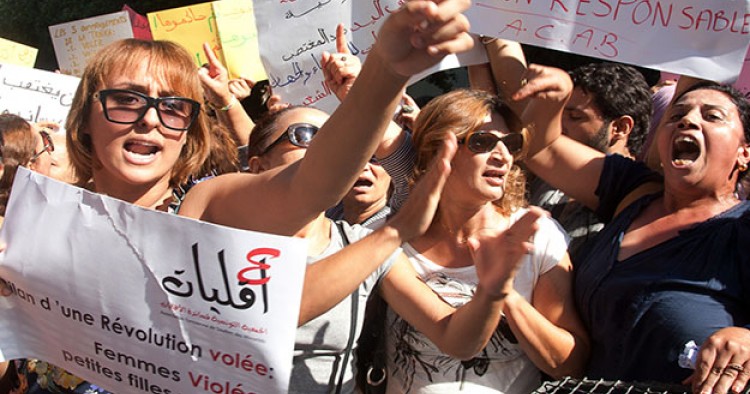 When a wave of studies on civil society and citizenship emerged in the 1990s, it reflected both the transitions to democratic capitalism that were occurring in the former communist bloc and the theorization of “democracy waves” introduced by Samuel Huntington.[1] The Middle East and North Africa region (MENA) was not part of democracy’s third wave (1974-1990), but political liberalization in some countries enabled the growth of NGOs in what was an emergent civil society, while interest in prospects for democratization led to a proliferation of studies on civil society and citizenship in the region in the 1990s and into the 2000s.[2]

Although there has been a lively debate in the wider literature as to what constitutes civil society, we would emphasize the presence of secular CSOs and NGOs such as trade unions, feminist groups, human rights groups, cyber-activist youth networks, and professional associations, as well as nonviolent religious organizations. Within Middle East studies, a debate emerged in the early 2000s regarding “NGO-ization” and the purported decline of social activism, but we would note that many NGOs contributed to civil society formation, and some—including women’s rights and labor organizations—were products of social justice movements.

With respect to women’s rights organizations, we begin by noting that women’s activism and the presence of visible, vocal, and independent women’s rights organizations are important in at least two ways. First, as demonstrated by Mala Htun and Laurel Weldon, women’s autonomous organizing in civil society accounts for progressive social policies, including women-friendly policies and laws.[3] Second, research by Mary Caprioli, Valerie Hudson, and others has shown that patriarchy and gender inequality are positively associated with both intra- and inter-state conflict.[4] In other words, we can expect less violent conflict when women have a strong presence in civil society and in political society. As Moghadam has argued elsewhere, Morocco and Tunisia have been relatively successful in the post-Arab Spring democratic transitions in part because of the strength of women’s rights organizations and mobilizations.[5]

Feminist literature has shown that while women’s organizations have played key roles in pro-democracy protests and in the successful democratic transitions of Latin America, Southeast Asia, and Eastern Europe, gendered outcomes in terms of women’s rights policies and laws have been mixed. Positive changes to gender policy have been most evident in the inclusion of equality laws in post-transition constitutions and in the adoption of political gender quotas. However, women’s organizations in all four cases under discussion have complained of inconsistent enforcement of these policies, and in Morocco and Tunisia changes in constitutional language have yet to be translated into concrete, enforceable laws. Furthermore, women’s political representation continues to be limited, and gender bias often constrains women from assuming leadership positions.

As in many other cases of public mobilization for political change, women were highly influential in the pro-democracy protests in South Korea and the Philippines in the 1980s as well in Morocco and Tunisia in 2011. Women’s organizations actively mobilized protests against regime repression and contributed to the call for increased freedom. Initially, women’s organizations joined the labor movement and other civil society groups in advocating the protection of all citizens’ basic rights; however, as the democratic transitions progressed, women’s groups increasingly focused on gender-specific issues, such as women’s political representation and gender equality.

In the decades prior to democratization, women’s organizations in South Korea and the Philippines were closely linked with labor and anti-authoritarian movements. Clashes between South Korean female factory workers and state police in the 1970s pushed women to the forefront of pro-labor protests and became a rallying point for the broader democracy movement against state repression.[6] Women were similarly influential in the pro-democracy protests in the Philippines in the 1980s. In 1983, following the declaration of martial law by the Marcos dictatorship, 10,000 women marched on Manila in protest against state repression and corruption.[7] Until this point, women’s organizations had concentrated on seeking general improvement in labor and social rights; the democratic transition period marked a shift in the focus of women’s movements to gender-specific issues and saw the creation of new, influential women’s organizations.

In 1987, the Korean Women’s Associations United (KWAU) emerged as part of the democracy movement, as women declared that their problems could no longer be ignored and were a crucial component of the broader social issues being addressed. KWAU functioned as an umbrella organization for 21 progressive women’s groups, paralleling the nationwide call for democracy.[8] In the Philippines, GABRIELA was formed as an alliance of women’s organizations involved in the anti-dictatorship movement, but it adopted a more feminist focus after the political transition.[9] In both cases, the formation of cohesive umbrella groups increased women’s participation in pro-democracy movements and led to advances in post-transition gender policies.

Just as women activists—participants in feminist, labor, human rights, youth, and dissident groups—played a significant role in the East Asian democracy movements, they contributed as both organizers of and protesters in Tunisia’s Jasmine Revolution and Morocco’s Mouvement du 20 Février in 2011. In the aftermath of the Arab Spring protests, women’s organizations were at the forefront of calls for more expansive women’s rights and political representation.[10] They were able to do so because in the years prior to the Arab Spring, well-established women’s groups—such as Morocco’s Union d’Action Féminine (UAF) and Association Démocratique des Femmes du Maroc (ADFM) and Tunisia’s Association Tunisienne des Femmes Démocrates (ATFD) and Association des Femmes Tunisiennes pour la Recherche et le Développement (AFTURD)—had succeeded in effecting legal reform and policy changes that strengthened women’s rights and their sociopolitical presence.

Tunisian women’s organizations had won the incorporation of additional rights for women in the Code of Personal Status, and the Moroccan UAF had been the prime mover in the decade-long advocacy for reform of the highly patriarchal family law, the Mudawana—a campaign that achieved success in 2003. Women’s rights organizations in both countries also had worked together, along with feminist groups in Algeria, in a transnational network called Collectif 95 Maghreb-Egalité. Through collaborative efforts, this alliance sought to reform family law, criminalize domestic violence and prohibit sexual harassment, and enable women with foreign-born husbands to pass on their nationality to their children. In more recent years, these organizations have expanded the initial Arab Spring demands for political reform to include calls for gender equality. Morocco’s ADFM and Tunisia’s ATFD actively campaigned for the inclusion of gender equality provisions in the new constitutions.

Initial advances in women’s rights were most evident in the inclusion of gender equality clauses in post-transition constitutions. In all four cases discussed here, the new constitutions specified that men and women are equal before the law. The constitutions of the East Asian countries include additional provisions for the protection of women workers and mothers, and those of Morocco and Tunisia state that it is the duty of the government to increase women’s political representation and eradicate violence against women.

Several laws have also been enacted in the post-transition period to improve women’s rights. In South Korea these include the Equal Employment Act, the Act on Punishment of Sexual Crimes and Protection of Victims, the Women’s Development Act, the Gender Discrimination Prevention and Relief Act,[11] and the abolition of the patriarchal “family head” system in 2005.[12] Post-transition gender laws in the Philippines include the Mail Order Bride Law, the Women in Nation Building Act, the Anti-Sexual Harassment Act, the Anti-Trafficking in Persons Act, the Anti-Violence Against Women and their Children Act, the Magna Carta of Women Act, and the Responsible Parenthood Act.[13]

Having undergone political transition much more recently, Morocco and Tunisia have not yet produced the same quantity of legal reforms, but women’s organizations in both countries continue to fight for women’s rights. A significant stride for women in Morocco was the repeal of Article 475 of the Moroccan Penal Code, which had allowed rapists to avoid charges by marrying their victims. A current campaign aims to decriminalize abortion in specific cases and to provide support for single mothers. Legal advances in Tunisia include parity in political representation, the removal of prior reservations to the UN’s Convention on the Elimination of All Forms of Discrimination against Women (CEDAW), and constitutional language that supports women’s equality and denounces violence against women.[14] Indeed, Tunisian women’s organizations have been instrumental in the efforts to establish a women-friendly democracy. They successfully rebuffed attempts by Islamist constituent assembly members to replace women’s “equality” with women’s “complementary role inside the family” in the draft constitution, pushed for legislation guaranteeing gender parity in electoral representation, and persistently demanded an end to domestic violence.[15]

Women’s organizations were among the earliest and strongest proponents of the political gender quotas enacted by Tunisia, Morocco, and South Korea.[16] (The Philippines relies on voluntary party quotas.) Tunisia has taken the strongest step toward improving women’s representation by adopting a policy of parity. It is worth noting that Morocco and South Korea both implemented gender quotas between 2000 and 2002, which was pre-transition for Morocco but over 13 years after Korea’s transition. South Korea continues to have the lowest percentage of women in parliament compared to the other cases.[17] Women have also gained increased representation in executive positions—two female presidents have served in the Philippines and one in Korea—as well as through the creation of national women’s institutions. [See Table 1]

Despite ... advances, women’s political representation continues to be limited, and negative attitudes persist toward women in power.

Despite these advances, women’s political representation continues to be limited, and negative attitudes persist toward women in power. The World Values Survey 2010-2014 asked participants to indicate to what extent they agreed with the statement “Men make better political leaders than women.”[18] The majority of respondents in Morocco and Tunisia indicated that they “strongly agreed” that men make better political leaders, with the second highest percentage in both countries indicating that they simply “agreed.” In South Korea and the Philippines, the answers were more evenly distributed between those who agreed and disagreed. The answers reflect the persistent biases against women in leadership positions.

Women’s political participation matters. It contributes to the making of civil society, helps trigger and strengthen nonviolent democratization movements, broadens the scope of citizen rights, and enhances the quality of democracy. All four countries examined in this paper are characterized by relatively conservative cultures with longstanding male dominance in the realms of family, the state, and the market. Yet women’s organizations in Morocco, Tunisia, South Korea, and the Philippines have had a major political impact. They have helped generate cultural change, worked for legal and policy reforms benefiting women, and made it possible for even greater sociopolitical participation by the next generation of women.