Reconstruction in the Civil War Zones of the Middle East 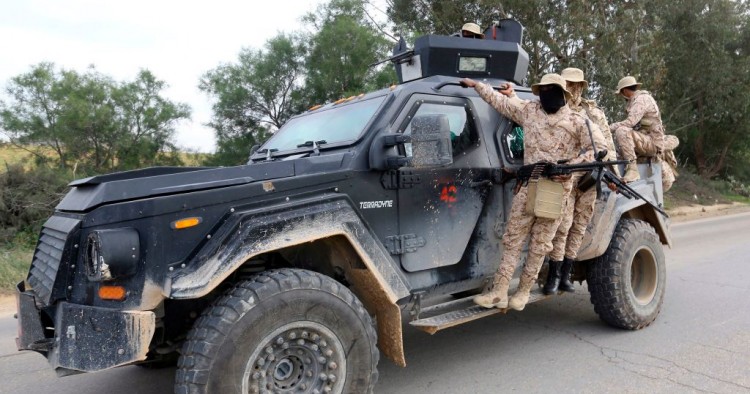 The civil wars in the Middle East have taken a massive humanitarian toll on Syrian, Iraqi, Yemeni and Libyan societies, and have disrupted the regional political and economic order of this already tumultuous region.

The Middle East Institute is pleased to invite you to a panel discussion addressing ways for mitigating the effects of these violent and destructive conflicts. The panel will showcase the findings of the recently released book Fractured Stability: War Economies and Reconstruction in the MENA, edited by former diplomat Luigi Narbone, and contributed to by Professor Steven Heydemann. The panel discussion will answer questions such as, what does it mean to exit a civil war conflict economy? What is required to restore economic and political normalcy in countries in civil war? The panel will also address how the rebuilding of hard infrastructure is necessary, but that equally important for reaching and sustaining stability is the forging of new social contracts and establishment of new political and economic norms. Another area that will be explored is how changes at the regional and international levels have influenced possibilities for post-conflict economic reconstruction, and what regional and international preconditions are necessary for a successful reconstruction and transition to peace.

The Middle East Institute has established itself as a thought leader in providing a better understanding of the causes of these conflicts. It has just launched a book "Escaping the Conflict Trap: Toward Ending Civil Wars in the Middle East", and participated in the World Bank’s Building For Peace project. Stay tuned for announcements of future MEI sponsored events that offer important findings about both the underlying causes and possible remedies for these civil conflicts.

Ross Harrison
Ross Harrison is a senior fellow at The Middle East Institute and is on the faculty of the School of Foreign Service at Georgetown University. From 2007-2013, he was professor in the practice of international affairs at Georgetown, serving as chair of the international commerce and business concentration in the Master of Science in Foreign Service (MSFS) program. Ross is also on the faculty of the political science department at the University of Pittsburgh, teaching courses in Middle East politics. He annually teaches a course on strategy and international security to senior Georgian government officials at the Georgian Foundation for Strategic and International Studies in Tbilisi, Georgia, funded by the U.S. Department of State.

Steven Heydemann
In addition to holding the Janet Wright Ketcham 1953 Chair in Middle East Studies, with a joint appointment in the Department of Government, Steven Heydemann is a nonresident senior fellow in the Center for Middle East Policy of the Brookings Institution. From 2007–15 he held a number of leadership positions at the U.S. Institute of Peace in Washington, D.C., including vice president of applied research on conflict and senior adviser for the Middle East. Prior to joining USIP, he was director of the Center for Democracy and Civil Society at Georgetown University and associate professor in the government department. From 1997 to 2001, he was an associate professor in the Department of Political Science at Columbia University. Earlier, from 1990–97, he directed the Program on International Peace and Security and the Program on the Near and Middle East at the Social Science Research Council in New York.

Luigi Narbone
Luigi Narbone is Director of the Middle East Directions Programme at the Robert Schuman Centre for Advanced Studies at the European University Institute. Previously, he was Ambassador, Head of the EU Delegation to Saudi Arabia, and non-resident Ambassador to Qatar, Oman, Bahrain, UAE and Kuwait. He held positions in the EEAS; the DG for External Relations; the EC Delegations in the Russian Federation, Chile, and Turkey; the UN and the UNDP. A graduate of the University of Bologna and Johns Hopkins University SAIS, he has been a NATO Fellow and a Fulbright Scholar and visiting professor at the University of Chile in Santiago.

Francesca Recanatini
Francesca Recanatini has focused throughout her career on integrating governance and institution building in development and economic growth. She began working on institution building in transition countries while at the IMF in 1994 and at the Center of Institutional Reforms and Informal Sector (IRIS) in 1995. She joined the World Bank in 1998 in the Research Department focusing on measuring quality of institutions and has subsequently worked in several countries in Eastern Europe, Sub-Saharan Africa, Latin America and the Middle East to support the design and implementation of governance reforms through in-depth data collection and coalition building. Currently she is working on governance issues, institution building and performance indicators in High-income countries and fragile and post-conflict environments.

Paul Salem (moderator)
Paul Salem is president of The Middle East Institute. He focuses on issues of political change, transition, and conflict as well as the regional and international relations of the Middle East. Salem is the author and editor of a number of books and reports including Escaping the Conflict Trap: Toward Ending Civil Wars in the Middle East (ed. with Ross Harrison, MEI 2019); Winning the Battle, Losing the War: Addressing the Conditions that Fuel Armed Non State Actors (ed. with Charles Lister, MEI 2019); From Chaos to Cooperation: Toward Regional Order in the Middle East (ed. with Ross Harrison, MEI 2017), Broken Orders: The Causes and Consequences of the Arab Uprisings (In Arabic, 2013), "Thinking Arab Futures: Drivers, scenarios, and strategic choices for the Arab World", The Cairo Review Spring 2019; “The Recurring Rise and Fall of Political Islam” (CSIS, 2015), Bitter Legacy: Ideology and Politics in the Arab World (1994), and Conflict Resolution in the Arab World (ed., 1997). Prior to joining MEI, Salem was the founding director of the Carnegie Middle East Center in Beirut, Lebanon between 2006 and 2013. From 1999 to 2006, he was director of the Fares Foundation and in 1989-1999 founded and directed the Lebanese Center for Policy Studies, Lebanon's leading public policy think tank.