The Arab World’s Other Migration Problem 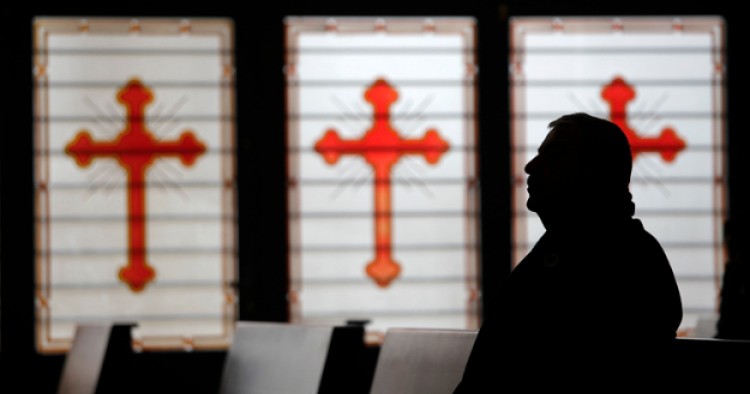 Much of the world has been horrified by recent scenes of mostly Arab migrants drowning in the Mediterranean. However, migration has long been a trademark of the Middle East, and today it threatens to clear the region of its rich diversity. The lack of tolerance of minorities—both ancient, as in the Christians and Jews, as well as recent, as in the large minorities from the subcontinent in the Gulf—runs contrary to the Middle East’s long history as a cultural, ethnic, and religious mosaic.

One of the main drivers behind many conflicts in the Middle East is the cultural and ethnic homogenization the region has been experiencing for the better part of a century. The process toward creating Western-style nation-state models in the Middle East has ripped apart the centuries of largely cultural, ethnic, and religious coexistence that existed prior to the 20th century. Many Arab cities no longer reflect the rich diversity of their pasts, as both majoritarian and minority forces attempt to carve out their own territorial, sovereign spaces to conform with the nation-state model of the international system. Instead of a region of cities where Jews, Christians, Muslims, and other sects live side-by-side, the past century has seen the push for ethno-centric states: Israel for the Jews, Lebanon for the Christians, and today Sunni, Shiite Islamists and Kurdish nationalists are seeking their own slices in Syria and Iraq.

Most Arab societies have become more homogenous over the past few decades. We have lost our Jewish minorities and the number of Christian Arabs is dwindling either due to voluntary or forced migration. Shiite Arabs are assailed on social media and associated with the disruptive behavior of the Iranian regime. By the end of this century, some Arab states may be completely emptied of the few minorities they have today.

There are a few exceptions to this rule and most of which are port cities. Manama, Jeddah, Dubai, and Alexandria welcomed migrants from across the region a century ago. The newcomers assimilated within a generation or two, became citizens, and their descendants went on to lead successful lives as academics, entrepreneurs, or public servants. The founding of the bureaucratic modern-state, however, has meant that even these rare instances are no longer as open. Today, it is virtually impossible to gain citizenship of an Arab state. In fact, the only resolution of the Arab League that all states agree on is one that bars the naturalization of Palestinians in the Arab states they sought refuge in. The 1959 decision was ostensibly to protect Palestinian identity and the right of return—as though Palestinians who immigrated to the West have abandoned their cause.

The Arab world’s problem isn’t merely an emigration problem; it’s also an immigration problem. In other words, minorities leave the region, but no minorities are allowed to replace them. Economic growth in the Gulf has drawn workers from across the world, giving many Gulf Arab cities a uniquely multicultural flavor. However, citizenship is unattainable for the millions of non-ethnic Arabs who call Gulf cities their home.

What the Arab world needs is greater diversity, not through mere tolerance, but through acceptance of the other as one and equal. America today is stronger because of its immigrants, many of whom fled Europe in the mid-20th century. The Arab world needs to overcome its xenophobia and start to naturalize others who may or may not look exactly like us. However, it seems some societies are not yet ready for such a move. An article I wrote in 2013 on granting Emirati citizenship to a select group of expatriates caused so much uproar it was portrayed as a threat to national identity.

History has shown that immigrants, over the long-term, assimilate to a large degree and also bring with them much needed skills. Take New York City as a case in point. Throughout the 19th century, New York experienced wave after wave of immigration. Italians, Jews, Irish, Poles, and Germans joined others who preceded them. Each of these groups at one point suffered from prejudices, some more than others. But by the time the second generation of their descendants came of age, they were almost fully assimilated as Americans, even if U.S. civil rights laws had yet to catch up with the times.

New York City’s immigration, and in other newer countries such as Australia and Canada, showed similar patterns of integration. While various minority groups might harbor traditional or existing animosity toward each other, this changed in subsequent generations. For instance, in New York City, the Irish and the Italians would put their differences aside when Jewish immigrants arrived. The next generation would see the assimilated Jewish immigrants coalesce with the Irish and the Italians against new arrived Poles and so on. This phenomenon carries forth until today, which explains why a staggering 45 percent of Hispanic Republican caucus members in Nevada voted for Donald Trump, despite his promise to deport illegal immigrants, many of whom are fellow Hispanics. Immigration allowed the various ethnic groups to assemble together in response to a new challenge to the status quo.

Today, a credible and fair path to gaining Arab state citizenship away from nepotism simply does not exist. Furthermore, the mass emigration of minorities out of the region means that the Arab world is less diverse in 2016 than it was in 1916. Sectarianism, suspicion and distrust, fear, and xenophobia are attributes that are common to a society that doesn’t accept the other, not merely as a visitor but as one of its own. For instance, one no longer encounters Jews in Cairo or Christians in Basra or, since 2014, Yazidis in Sinjar.

We often hear of the importance of tolerance. The U.A.E. has recently gone as far as appointing a minister dedicated to just that. Ultimately, there can be no true tolerance without diversity within any society. The best proof of a tolerant society is when long-term immigrants are awarded the exact same rights as a nation’s citizens, irrespective of how they act, look, and speak. It is time to streamline, facilitate, and encourage naturalization in the Arab world so that the region can regain its historical and rich cultural mosaic.