The High Stakes in Israel’s Elections 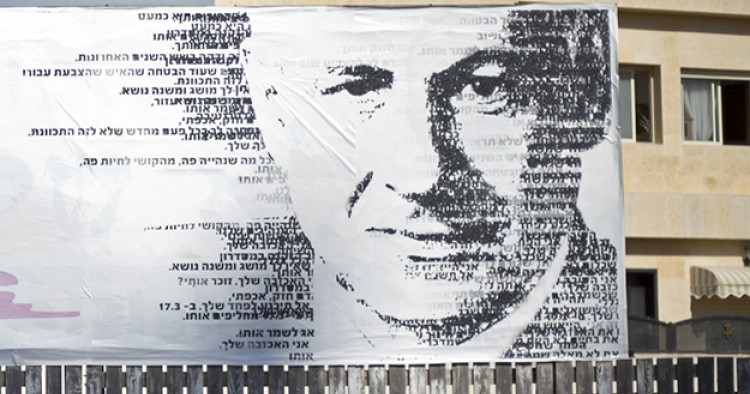 One of the more enduring characteristics of Israel’s electoral campaigns is their ability to produce surprises, often with considerable political consequences. Since the unexpected electoral victory of Menachem Begin’s nationalist Right in 1977 (termed an “earthquake” at the time), through the return to power of the center-left under Yitzhak Rabin in 1992, and the seesaw electoral career of Benjamin Netanyahu (elected in 1996, defeated by Labor in 1999, but returning to power in 2009 and again in January 2013), the only safe prediction in regard to Israeli elections is that they are likely to produce surprising results.

As we near the end of this cycle in Israeli electioneering with the Knesset elections scheduled for March 17, several points need to be emphasized. First, given Israel’s increasing diplomatic isolation in the world and the highly personal conflict between Prime Minister Netanyahu and President Obama, this election is particularly important for Israel’s future standing in the global community. While the past is an uncertain predictor of either the present or the future, it ought to be remembered that in 1992, Prime Minister Shamir was defeated at least in part due to his public dispute with the George H.W. Bush White House. The Israeli electorate does not like conflicts with the country’s most important international supporter and ally, the United States. In response, voters might penalize Netanyahu for his open dispute with the American leadership.

Second, this electoral campaign continues to reflect the deep and multidimensional division within Israeli society. The sectorial, segmented nature of the Israeli electorate is reflected in the enormous diversity of political parties competing in these elections and the likelihood that at least 11 of them will end up with some representation in the next Knesset. Two large, “catch-all” political parties are competing for the leadership of the next government and especially the premiership, Netanyahu’s center-right Likud and Isaac Herzog’s center-left Zionist Union, although neither is likely to get more than 25 seats in the 120-seat Knesset and, thus, will constitute a minority within its own governmental coalition. In addition to those two relatively large parties, the public is presented with a number of nationalist, hawkish parties: Naftali Bennett’s Jewish Home, associated with the settler movement in the West Bank, Avigdor Lieberman’s blatantly anti-Arab Yisrael Beytenu (“Israel is Our Home”), and Eli Yishai’s newly-established Haredi-Nationalist party Yahad (“Together”). Two religious Orthodox lists (the United Torah Judaism, representing the Ashkenazi community, and Shas, a representative of the Sephardi community emphasizing economic inequality in Israel) are competing for the ultra-orthodox vote, while a few middle-of-the-road parties such as Yair Lapid’s Yesh Atid (“There is a Future”) and Moshe Kahlon’s Koolanu (“All of Us”) are trying to position themselves as the “balancers” in any future governmental coalition.

Third, given this typical but increasingly complex and consequential division within the Israeli body politic, it is important to note that most of those parties stand for the continuation and even the perpetuation of the status quo, both within Israel and, most importantly, in regard to Israel’s policy vis-à-vis the rest of the world, including the all-important issue of the future status of the West Bank and Gaza. Among the Jewish-Zionist parties only the liberal democratic Meretz speaks energetically for the termination of the 48-year occupation and the establishment of a Palestinian state, although several other parties (notably the Zionist Union and Yesh Atid) share its position, at least in principle. Meretz also emphasizes economic equality of all Israelis, including Palestinian citizens. However, the increase in popularity of Isaac Herzog of the center-left Zionist Union has possibly weakened Meretz, whose liberal voters might prefer to support Herzog in the hope that he will win the election and will be asked by President Reuven Rivlin to form the next government. Therefore, Meretz is unlikely to get more than 5-6 seats in the new Knesset.

Perhaps the most surprising occurrence of the current campaign has been the formation of the United List, an alliance of parties representing a coalition of all segments of the traditionally divided Palestinian Arab population of Israel. Constituting close to 20 per cent of the electorate, the Arabs have tended to vote in significantly lower percentages than the Jews, and their votes have been traditionally split between several ideologically differentiated groups (e.g.,  nationalist, Islamist, and Communist). The establishment of a united list will probably lead to a significant increase in the representation of Palestinian Arabs in the Knesset.

Two weeks before the vote, the results of the March 17 elections are still too close to call. These results are typically unpredictable. While several electoral campaigns in the past ended in decisive, one-sided victories, this one is unlikely to.  The most important question is which of the two largest parties—Likud or the Zionist Union—will end up as the top seat-getter. Following the election, it will be up to President Rivlin, a long-time political rival of Netanyahu despite being a fellow Likud member, to ask either Netanyahu or Isaac Herzog to form a coalition government. After consultation with all political parties, the president has the prerogative to ask any member of the new Knesset to form a coalition government. He usually asks the party leader with the best chance of performing this complicated task. While the president has some discretion, it is limited in accordance with the results of the election.

In terms of which coalition government would emerge after March 17, several results are possible. The establishment of each of these coalitions is likely to have significant consequences for both Israeli domestic politics and the future of Israeli-Palestinian relations and, therefore, for the Middle East in its entirety. Three alternatives are possible:

The stakes are high, the results are impossible to predict, and the waiting game continues.

The author is thankful for comments offered by Joshua Sinai, Paul Scham, and Dov Waxman.