Iraq’s Make Up or Break Up Elections 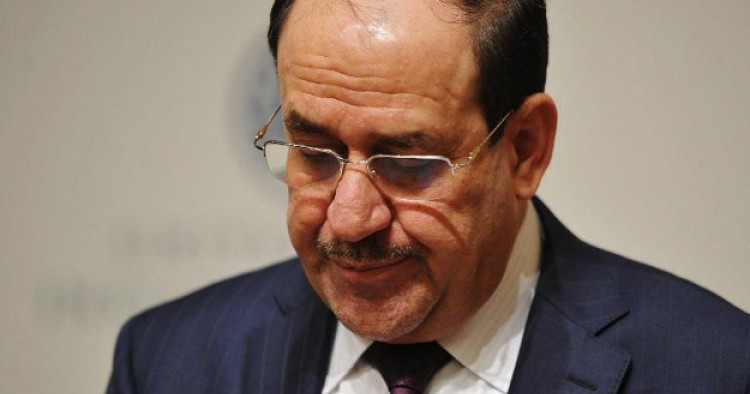 Two years after the U.S. withdrawal and four years into Prime Minister Nuri al-Maliki’s second term, Iraq is on the brink of breaking apart. The upcoming parliamentary elections scheduled for April 30, and the political process of government formation that will follow, present an opportunity to push for a return to more inclusive politics in Iraq. Unless Maliki is replaced or drastically changes his policies, these might be the last elections in a nominally united Iraq.

Maliki has used the opportunity of the U.S. departure to consolidate his centralized rule and has alienated both the Kurdish and Sunni communities. Tensions from the ongoing war in Syria have only made matters worse. If Maliki secures a third term and maintains his current policies, the Kurdish region of the north might move toward secession and al-Qa‘ida groups might more firmly consolidate their hold on the western, Sunni parts of Iraq, effectively splintering the country.

"Unless Maliki is replaced or drastically changes his policies, these might be the last elections in a nominally united Iraq."

Maliki is likely to do well in the elections. He has almost exclusive control of the massive resources of the central government budget as well as dominance of the army and police. He has a wide client and service base and has also benefited from divisions within the Sunni and Kurdish communities, who have not been able to present unified lists. His policies since the U.S. withdrawal have increased sectarian and ethnic tensions in the country, and he has posed as the champion of Shi‘i interests against Sunni radicalism and Arab interests against Kurdish claims. As security has deteriorated, he has also presented himself as the law and order candidate. In essence, he is presenting himself as the candidate that can confront the very problems that he helped bring about.

Maliki is not alone in courting the Shi‘i vote; he will be facing competition from the Ahrar bloc led by the movement of Muqtada al-Sadr and the Islamic Supreme Council of Iraq (ISCI) led by Ammar al-Hakim. Although Maliki has a strong following in the community, there is much dissent among Shi‘i parties and elites that fear that Maliki is rebuilding one-man rule in the country. The Sunni vote will be split among several groupings: the Mutahidoun (United) list led by parliament speaker Osama al-Nujaifi, the Arabiya bloc led by Deputy Prime Minister Saleh al-Mutlaq, and the Wataniya list led by Ayad Allawi. But Sunni turnout is likely to be low due to widespread disaffection, and the elections in Anbar province might not be held at all because of the security situation there.

The Kurds have also been unable to present a unified list, most notably in the disputed Kirkuk area where they have usually presented a more united front. The increased fragmentation in the 2014 elections compared to 2010 is partly due to a change in the proportional election law from a system that favored big lists to one that gives small lists more of a chance to gain seats. It is also partly due to Maliki’s politicking in which he has used government influence and favors to maintain divisions among his opponents. Also, because of the heightened ethnic and sectarian tensions in the country, attempts at forming lists that span the communal divides—like the Iraqiya list in 2010, which had strong Sunni and Shi‘i representation—have met with little success.

In the 2010 elections, Maliki came in second to Ayad Allawi’s Iraqiya list. But the Kurds, Iran, and the United States used their influence to help Maliki form and lead the new government. The Kurds clearly regret their decision; it is yet to be seen if Iran and the United States have had a change of heart.

"Syria has already gone past the point of no return and has broken up as a nation state. The world cannot afford the breakup of Iraq as well."

For Tehran, Maliki has been a good ally, building up his strength in Baghdad and falling in line in support of the Assad regime in Syria. But Tehran has many allies among the Shi‘i parties in Iraq, and Maliki’s policies are risking the breakup of Iraq. The Shi‘i parties’ interests indicate that they would prefer a friendly government in Baghdad presiding over a functional and united Iraq rather than a rump Shi‘i ally ministate in Baghdad and Basra that has lost control of the rest of the country.

The United States has lost much influence in Iraq, but it must still use whatever strings it has to encourage a return to inclusive politics. The United States is still Baghdad’s largest partner in terms of arms sales and maintenance, and major U.S. oil companies also still have a significant role in Iraq’s energy sector. After the withdrawal of 2011, Washington dealt with Maliki, legitimately, as the constitutionally elected leader of Iraq, although several officials criticized his increasingly divisive policies. And as al-Qa‘ida regained ground in Iraq in 2013 and 2014, Washington and Baghdad have increased cooperation to face that threat. While the United States must await the results of the April 30 elections and cannot ignore the real threats from resurgent terror groups, it must also recognize that Iraq is on a path to disintegration. Syria has already gone past the point of no return and has broken up as a nation state; the region, the United States, and the world cannot afford the breakup of Iraq as well. Iraq’s next prime minister must reverse the dangerous slide toward disintegration and represent a turning point toward rebuilding precarious national unity and inclusive politics.