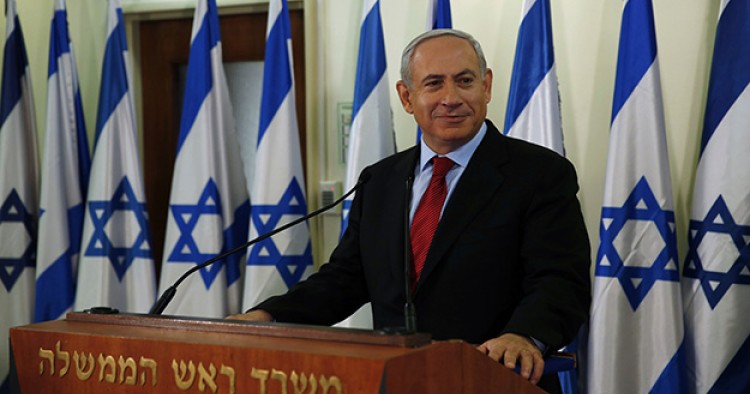 The electoral campaign in Israel is still unfolding, and with about two months to go anything might happen to upend predictions about the outcome. But there are straws in the wind.

The Israel Democracy Institute has released poll results that cover a lot of ground, some of it relevant to the upcoming elections. The poll was administered at the very end of 2014. Asked who would be the best candidate, 38 percent gave the nod to Benjamin Netanyahu, while only 18 percent approved Isaac Herzog, the labor leader. The poll indicates that a plurality of voters—40 percent—are still undecided, but the preference for Netanyahu aligns well with respondent preferences for a right-wing government versus a center-left bloc. According to the poll, 55 percent of Israelis prefer a right-wing government, while a shade over 32 percent would like to see a center-left governing coalition. The latter respondents are evidently a pessimistic group, since 60 percent of them believe that the right bloc has a better chance of forming the new coalition, versus 24 percent who believe that the center-left bloc will emerge on top. Judging from these results, a majority of Israeli voters expect to be governed by a center-right coalition regardless of who they hope wins the election.

In terms of their foreign policy priorities, 48 percent of Israelis believe that even for a viable peace agreement with the Palestinians implemented under American auspices, Israel should not make territorial concessions in the West Bank. They are nearly matched, however, by the 46.5 percent who would support concessions. (These concessions were undefined in the supporting documentation, so it is difficult to know how to interpret the responses.) Interestingly, asked to what extent Israel should take the American stance on the conflict into consideration, 50.5 percent said that Israel should disregard the U.S. position, while 46 percent thought that Israeli policy should align with that of Washington. The implication of these returns seems to be that whoever wins on March 17 is not going to feel under a lot of voter pressure to kowtow to Washington.

In the meantime, Netanyahu has fireproofed himself to a degree by engineering a Likud list that, although distinctly right wing, is not quite as radical in temper as recent lists. Based on a rightward shift in Likud, observers had begun to think that Netanyahu had lost control of his party, but apparently not.  In part, this owes to Naftali Bennett’s departure from Likud and Netanyahu’s inner circle, which reduced intra-party pressure in the right wing. Bennett has since formed his own successful party organization. Gone too is Moshe Feiglin. The current list includes prodigal sons who had left Likud for Kadima but have since returned to Likud. These include Avi Dichter, a former Shin Bet chief well known to Americans who saw The Gatekeepers, a documentary generally regarded as critical of Israeli policies toward the Palestinians. On the other hand, the list still offers Danny Danon, Yariv Levin, and Miri Regev, all of whom are arguably to the right of Netanyahu, insofar as Netanyahu’s own instincts can be reliably interpreted. Netanyahu has also moved to offset his image as unimaginative by launching an online campaign for rank and file voters to nominate candidates for two slots on Likud’s list. The expectation is that these will go to women, of which there is a notable shortage on the current list.

The Labor Party list is dramatically different: many women, younger, and with a decidedly progressive cast. There is apparently only one former security professional on it, Omer Barlev, who served as chief of Israel’s special forces and whose father was a famous general. One senses that a list of this kind will not get very far, but it is clearly too early to call the race.

In another pre-election maneuver, former Netanyahu acolyte Michael Oren, until fairly recently Israel’s ambassador to the United States, joined forces with Moshe Kahlon’s Kulanu Party. With Oren involved, Kulanu has instant credibility in regard to foreign policy challenges. In a recent op-ed, Oren condemned Israeli stone-throwing at U.S. consulate officials in the West Bank, describing the United States as “our most important ally, despite our disagreements” and saying that “violence should not be tolerated.” He also called for the United States and Israel to “revive” the Bush-Sharon letter, which allegedly distinguished between building isolated outposts in the West Bank (illegitimate) and construction in major settlement blocs and East Jerusalem (legitimate). As for Kahlon, he recently declared that “there is no [Palestinian] partner for peace,” but added that at such time as one emerges, he would be prepared to settle the territorial issue on 1967 lines with major settlement blocs and Jerusalem remaining in Israeli hands.

Yet, as things stand now, neither the peace process nor the state of U.S.-Israeli relations is likely to animate Israeli voter choices on March 17. More crucial will be Kahlon’s identification with more immediate social and economic concerns, a connection that isn’t standing up to close scrutiny. This might explain Kahlon’s slide in the polls—and perhaps Yair Lapid’s unexpected rise as he recoups his status as standard bearer for the economically disadvantaged and a struggling middle class.

The split and apparent implosion of the Shas Party—an orthodox religious party catering primarily to Sephardic interests—between contending powerbrokers could complicate the coalition formation process, assuming that either or both of the two parties resulting from the split can leap the new, higher 4 percent threshold for membership in the Knesset. Shas has been one of the kingmaker parties in the Israeli system, and it exploits its swing status to secure government largesse for its voters. Shas’s absence would alter the usual dynamic of government formation.

Bernard Avishai’s recent article in the New Yorker deals in part with election dynamics and provides a counterpoint to the poll results discussed above. In it, he makes a strong case for the emergence of a center-left government following the elections. I don’t share his analysis, however, in part because Netanyahu has situated himself very deftly astride strong, prevailing public security concerns and because stewardship of the U.S.-Israeli relationship seems no longer to be a key criterion for voter confidence (which seems to be true in the United States as well). Thus Netanyahu is probably not overly concerned about criticism of his relationship with Barack Obama and might even calculate that it improves his image at home. More specifically, Avishai believes, or hopes, that a more centrist incarnation of Avigdor Lieberman will round out a center-left coalition that at this stage would command about 50 seats, according to the most recent polls. The coalition would need at least 10 more seats; Avishai thinks they will come from Lieberman’s party. But given the decline in Lieberman’s party’s ratings, especially in the wake of a nasty corruption scandal, it is not clear that Lieberman could ride to the rescue even if he wanted to.

No kingmaker – and no king following Israel’s latest election