The Kurdish PYD & the Challenge of Rebuilding a Syrian State 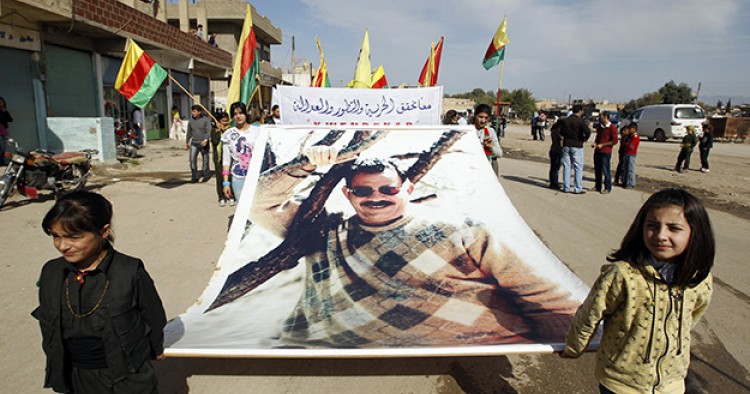 The United States’ unprecedented close air combat support to the PYD, a Syrian Kurdish political party and its associated militia, has helped the PYD drive back the Islamic State’s forces from a long strip along the Turkish border, handing ISIS its greatest defeat in Syria to date. The airstrikes have also enabled the PYD to consolidate its hold on Syrian Kurdish territories, and it has launched an ambitious autonomous governance project creating new administrations to manage local affairs. The American airstrikes to support the PYD's militia have helped change not only the Syrian battlefield but also the Syrian political landscape. They have likely set up a longer-term competition between Syrian Arab opposition groups and the PYD. If the PYD prevails in that contest it will be more difficult to reestablish a strong, centralized Syrian state, with all that implies about ridding Syria of extremists like the Islamic State.

The Kurdish forces linked to the PYD have so far ejected Islamic State forces from areas in northern and northeastern Syria including the Kurdish-majority areas of Jazeera and Kobani; the PYD also controls a Kurdish enclave in Afrin in northwestern Syria. The PYD's efforts to consolidate control of these areas since 2011 has been pragmatic. It took control of major Kurdish towns in Jazeera and Kobani when regime forces pulled out in the summer of 2012, but avoided direct confrontation with the Syrian government and allowed a small continued presence of Syrian intelligence units. As recently as May 2015 in the major city in Jazeera, Qamishli, Syrian government security personnel worked in a building on whose exterior wall a large picture of Bashar al-Assad was prominent, according to a Western journalist visiting the city. More recently, in July 2015, the PYD fighters cooperated with the Syrian government’s army in ground battles against the Islamic State in Hasaka in eastern Syria.

Many in the Syrian opposition and Turkey have accused the PYD of embarking on a separatist project. In mid-June 2013, the PYD started consulting with other Kurdish parties, Arabs, Christians, and Chechens in the Syrian Kurdish regions about forming an interim administration. Despite criticism from the main Syrian political opposition group in exile, the National Coalition, the PYD announced its intention to form an interim transitional administration in November 2013. PYD officials say they have no plans for secession, but the group’s leader, Saleh Muslim, raised eyebrows in a recent interview with al-Hayat in which he said, “The maps drawn at the time [of Sykes-Picot] did not accurately reflect reality.” He added, “We do not care if the map changes or not…we only care that the will of people and their aspirations be respected.” He denied that he was seeking an independent state or even an autonomous zone, but insisted that the Kurds would never again be ruled by a centralized government in Damascus.

The PYD has followed its military consolidation with building self-governance structures and local institutions as well as straight-arming its political competitors. Early in July 2012, with encouragement from the Iraqi Kurdish Regional Government the PYD and the Kurdish National Council (KNC) established the Kurdish Supreme Committee to administer captured Kurdish towns. However, KNC officials complained that their activists had suffered arrest and harassment while the PYD took firmer political control. The Supreme Committee quickly became moribund. On January 21, 2014 the PYD declared the Democratic Autonomous Government of Western Kurdistan. This is not a single government, but rather three separate local governments based on a social contract (or constitution). Although this "social contract" declares Syria to be a democratic, free, and independent country and affirms that the three Kurdish cantons of Afrin, Kobani and Jazeera will remain part of Syria, it also says that it “is a model for a future decentralized system of federal governance in Syria.”

So far these governments have not been tied together under a higher decision-making body. In fact, they have each separately developed advanced governance institutions and structures. Within each of the three cantons there is supposed to be a Legislative Council; an Executive Council comprised of a president, two deputies, and 22 ministers; and a Judicial Council with a seven-member Supreme Constitutional Court and an election commission. There are also local administration councils elected at the town level.

Although the first elections were to be held shortly after the declaration of autonomy, the elections were delayed and a first round of polling for municipal councils took place on March 13, 2015. Local governance institutions have already taken over the administration of such elements as education and health, security, and judicial cases, as well as trade and business organizations. The different religious and ethnic communities (including Arabs and Syriac Christians) appear to be participating in these institutions and have their own political parties in these areas. Indeed, the two deputies of the president of each canton are reserved for a Syriac and an Arab. Moreover, in the Jazeera canton, all three languages (Kurdish, Arabic, and Syriac) are recognized as official languages, further illustrating a degree of pluralism. Besides governance institutions, civil society organizations have also sprung up throughout the regions to fulfill functions such as promoting women's rights.

Despite the PYD’s continued denial of their affiliation with Kurdistan’s Worker’s Party (PKK), what is being implemented in the north appears to be an extension of PKK leader Abdullah Ocalan’s writings on democratic confederalism, a type of direct democracy based on local assemblies. Ocalan, writing from prison, has said that “illuminating examples of well-functioning federations are the USA (currently the most powerful nation) and the European Union. These examples might serve as a blueprint for a solution to the Kurdish question, namely a democratic federation of the countries with Kurdish populations.” A close look at the social contract that was adopted in Western Kurdistan appears to incorporate these ideas of direct democracy. Notably, Ocalan's picture adorns many walls of Syrian Kurdish offices.

Saleh Muslim says that the PYD’s creation of local administrations in the north “does not concern the Kurds alone. It is a future project that concerns all of Syria. We believe that if the people of Dara‘a, Latakia, and Damascus implement what we’ve done in our areas, Syria would be rid of tyranny.” While the PYD could still decide to establish a broad governance structure for Western Kurdistan in the future, it does not want to go back to a centralized Syrian state. “Syria can be run without a centralized government,” Muslim said. In his al-Hayat interview, Muslim spoke of a state whose central government would have a role in security and in the national economy, but he also highlighted that project management would remain at a more local level.

Linkage between the Syrian Kurdish Regions?

In June 2015, Kurdish forces captured Tal Abyad, a town on the Syrian-Turkish border, thus impeding ISIS access to Turkey and allowing the PYD to physically link the Kurdish cantons of Kobani and Jazeera. Only Afrin in northwestern Syria does not have a Kurdish-controlled land link. The August 4 U.S.-Turkish plan for an ISIS-free zone presents considerable challenges for the Kurds in consolidating their control in the north because the Turks have made clear that they will want non-Kurdish forces to control it. The Turks thus will forestall PYD efforts to physically link Afrin to Kobani and Jazeera to the east. The absence of Kurdish villages in this 65 mile-long zone will make it easier for non-Kurdish groups to control.

Although internally the PYD appears to be progressing in its quest for autonomy, the PYD’s political and ideological connection with Abdullah Ocalan’s PKK has placed it in competition with Massoud Barzani’s Kurdish Regional Government (KRG) in Iraq. The rivalry between the PKK and Barzani's Kurdish Democratic Party for influence among Kurdish communities extends back to the 1990s. Barzani’s party views the PYD as at best a competitor with Barzani’s allies in the Syrian Kurdish region, the Syrian Kurdish Democratic Party and its allies in the Kurdish National Coalition. The KNC boycotted the elections in Jazeera and Kobani, and has refused to participate in the local administrations that were set up. Given the political competition, it is not self-evident that the PYD would seek to merge with the KRG to its immediate east. There have been instances of cooperation between the KRG and the PYD, such as the KRG’s Peshmerga forces assisting PYD fighters in Kobani last year against the Islamic State, but even these instances of cooperation relate to jockeying for position in the competition between the PKK and Barzani.

Under Barzani, the Iraqi Kurdish region that now enjoys wide autonomy is gradually moving toward independence, and the Syrian Kurdish efforts to link into the Iraqi Kurdish region would complicate the KRG strategy. The Iraqi Kurds enjoy stable relations with Turkey and as they consider how to move toward independence they recognize Turkish sensitivities about Syrian Kurdish autonomy, not to mention the establishment of a pan-Kurdish state.

What Have the Americans Done?

By helping the PYD carve out an autonomous zone, the Americans have perhaps inadvertently made future fighting between Syrian Kurds and Arabs more likely. The reaction of both secular and Islamist armed opposition groups to the PYD's unilateral announcement of an autonomous zone has been uniformly negative; their indignation and rejection is reminiscent of Iraqi Sunni Arabs’ view of the KRG and decentralization in the political debates in Iraq after 2004. This in part stems from longstanding ethnic animosities and suspicions and from the Syrian Arab groups' refusal to imagine anything but a new, centralized state replacing the hated Assad government. There may be ways to forestall future fighting between Syrian Arabs and Kurds through political and diplomatic efforts, but survival of the PYD's autonomous region would prompt figures from other Syrian communities, such as the Druze and Alawis, to make demands for similar regional autonomy. Reconfiguring a unified Syrian state in some form—if it is even still possible—will certainly be arduous and slow under the best of circumstances. The existence of a Syrian Kurdish autonomous region would add to the complexity of rebuilding a Syrian state. And as we have seen next door in Iraq, that process of state rebuilding will in turn complicate recruiting fighters and assembling resources to combat extremists like the Islamic State.