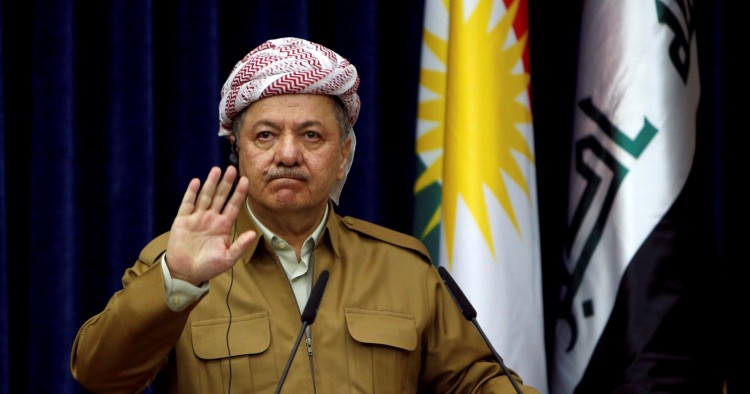 The upcoming independence referendum in Iraqi Kurdistan is partially a consequence of politicization of the Kurdish constitutional demands by Iraqi political leaders. The Kurdistan Regional Government (K.R.G.) was officially recognized by the Iraqi state when Saddam Hussein’s regime fell in 2003 and the new government installed a federal system. In 2004, the Transitional Administrative Law established the Iraqi Transitional Government, and officially recognized the K.R.G. for the first time in the history of the Iraqi state.

The Kurds gained several key constitutional rights in the wake of regime change. Foremost, they were given a constitutional path to solve long-term territorial conflicts with the Iraqi state. Article 58 of the Iraqi interim constitution stated that those who had been deported or expelled from Kirkuk province were to be restored to their homes and compensated by the Iraqi government. In 2005, Article 140 of the constitution decreed that Baghdad’s executive branch must hold referendums in Kirkuk and other disputed areas so as to respect the will of local populations, and that these referendums must take place “by a date not to exceed the 31st of December 2007.”

Article 121 expressed that the Kurds were constitutionally entitled to share Iraqi revenues: "Regions and governorates shall be allocated an equitable share of the national revenues sufficient to discharge its responsibilities and duties, but having regard to its resources, needs and the percentage of its population."

Iraq’s new constitution also allows the K.R.G. to partly run its own foreign relations—Article 117 states that: "The regions and governorates shall establish offices in the embassies and diplomatic missions, in order to follow up cultural, social and developmental affairs".

Last but not least, the constitution permits the K.R.G. to form its own local security force and legalizes the existence of the peshmerga, without interference from Baghdad in recruitment or organizational matters. According to Article 121, "the Regional Government shall be responsible for all the administrative requirements of the region, particularly the establishment and organization of the internal security forces for the region such as police, security forces and guards of the region.” Moreover, according to the constitution, the central government ought to finance these forces.

However, political players in Baghdad have managed to severely politicize these elements of the constitution for strategic gains. In their efforts to win over hearts and minds of the Iraqi public, several Arab political parties, including the Islamic Dawa Party, have opposed Kurdish constitutional rights in order to present themselves as the real defenders of Iraqi state integrity and national identity. Arab Sunnis and Shiites alike have called into question the validity of a constitution that gives the K.R.G. autonomous status with residual powers. Both Sunni and Shiite Arab political elites believe that the constitution was imposed at a time of weakness of the Iraqi state, and that it hence should be revised in order to centralize the state. For example, former Iraqi Prime Minster Nouri al-Maliki, called to rewrite the constitution in a more centralized way.

Although Iraqi political leaders do not have the authority to revise the constitution, they have successfully used political means to deny Kurdish constitutional demands. Firstly, the Iraqi government has long avoided holding the constitutionally-demanded referendums in Kirkuk province and other disputed areas. Former M.P. Khalid Shwani said that “the Iraqi government not only failed to take the necessary measures to implement the Article, but even took adopted measures to prevent its implementation. For example, the Iraqi government militarized these areas through the creation of a military force named the Dijla force, which resulted in a fight between the Iraqi army and Kurdish forces.”

Iraqi leaders have actively spoken out against Article 140 on referendums. In 2014, Deputy Prime Minster Saleh al-Mutlaq stated, “I am still against the implementation of Article 140.” And in a TV interview, Shiite M.P. Hanan Fatlawi said, “History will write that the Shiite political elites protected the unity of the Iraqi state by their teeth, as we Shiite political elites protected the unity of the Iraqi state for ten years; we worked very hard to prevent the disputed areas, Kirkuk and Mosul, from going back to Kurdistan.” Fatlawi also confessed that it was she who put up the strongest fight against the implementation of Article 140, stating: “I have worked on Article 140 in order to prevent it from being implemented; one day I entered the council meeting for implementation of Article 140, I saw they had sent the legal document to the referendum council in order to have Kirkuk and the disputed areas taken back inside Kurdistan’s regional borders, but I stopped this process by putting up some obstacles.”

Fatlawi’s behavior is considered a constitutional violation. Her efforts also may have encouraged the K.R.G. to purse economic independence from the central government by signing production-sharing contracts on September 8, 2008,with the U.S.-based Hunt Oil Company and Impulse Energy Corporation. The contracts initiated petroleum exploration within the K.R.G.

The politicization process may drive frustrated Kurdish political leaders to follow through with the referendum and secede from the Iraqi state. After all, the K.R.G. now acts independently from the central government and the latter has failed to handle the K.R.G. in a constitutionally compliant manner. That being said, it seems that the real intention of the Kurdish politicians is not to declare independence by the determined referendum—locally, regionally, and internationally the referendum is neither welcomed nor well-supported. Political parties within K.R.G. have yet to fully agree upon the timing of the process; many feel that now is not suitable for an independent referendum.

The real motivation of holding a referendum at this stage stems from three factors. First, the ruling parties of the Kurdistan region, mainly the Kurdistan Democratic Party (K.D.P.) and the Patriotic Union of Kurdistan (P.U.K.) have failed to govern effectively and remain highly corrupt. As they lose popularity amongst the Kurdish people, they are using the referendum to save face, cover high-level corruption, and avoid radical reform. Second, with the rise of the Islamic State in 2014, most disputed areas have fallen into the hands of K.R.G. security forces. As ISIS rapidly loses control of large areas in Iraq, the K.R.G.’s new oil-rich territories will be vulnerable to military attacks by the Iraqi military and Popular Mobilization Units. The K.R.G. will use the referendum as a negotiating card with Baghdad in its efforts to keep these disputed areas under its own control. Finally, the K.R.G. is putting pressure on Baghdad to depoliticize Kurdish constitutional rights; a Kurdish referendum could force the Americans to intervene and oversee negotiations between Baghdad and the K.R.G. on their suspending problems.

However, on September 12, U.N. Special Representative to the Secretary-General Jan Kubis, U.K. Ambassador to Iraq Frank Baker, U.S. Ambassador to Iraq Douglas Silliman, U.S. Special Presidential Envoy to the anti-ISIS coalition Brett McGurk, and U.S. Consulate General to Erbil Ken Gross presented an alternative in place of the Kurdish referendum during a meeting with the Kurdish de facto President Masoud Barzani in Duhok. The Kurdish leadership is to study the offer. This alternative, however, is refuted by Barzani because it only encourages dialogue between the central government of Baghdad and the K.R.G. In a rally today in the town of Soran, Barzani said, “We have no problem with the international community, our problem is with the central government of Iraq. I will give the Iraqi state three days as a last opportunity to sign a new agreement to solve our troubles, an agreement that could satisfy us to postpone the referendum, an agreement monitored by the international community.”