Political Life Waning in Jordan with Death of Centrist Party 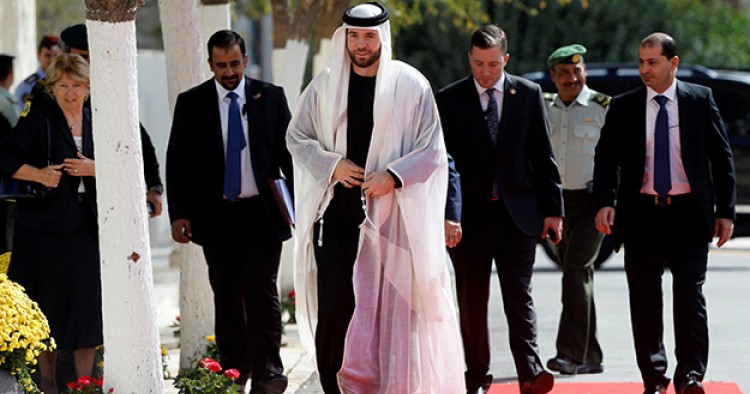 This month’s decision by Jordan’s biggest centrist party, the National Current Party (N.C.P.), to disband has been described by pundits as tantamount to issuing a formal death certificate to political parties in the kingdom. But the demise of the N.C.P. has barely raised an eyebrow among ordinary Jordanians, the majority of whom are busy making ends meet amid an economic crunch and widespread political apathy.

The N.C.P. was established in 2010 by seasoned Jordanian parliamentarian and retired General Abdel Hadial-Majali. The party’s founders included political heavyweights such as former ministers and activists representing a wide array of Jordanians. The founders were seeking to build a loyalist political platform that would fend off the Islamists and present itself as the state’s official party.

But after seven years of existence, the party was unable to impress voters or win the state’s support. With almost 50 other registered political parties, embracing all kinds of ideologies, the fact is neither successive governments nor the parties themselves were able to energize voters or alter the rules of political life in the kingdom.

It was Majali’s second attempt to formulate a centrist party that would attract voters who are largely against Islamists. He founded The National Constitutional Party (T.N.C.P.) in the mid-1990s when the regime lifted the ban on political parties, imposed in 1957. Again, the new political entity had hoped to present itself as a right-of-center party that would one day form a parliamentary government; an event that had not occurred since the 1950s.

The failure of both experiments underlined the ideological vacuum, apart from various Islamist dogmas, that marks the kingdom’s political life today. Commenting on the decision to disband the N.C.P., Majali said that there was no political will to allow parties to function and carry out their role, and that political parties in Jordan were no more than a decoration.

While pundits debated the effect of N.C.P.’s demise on the political life in the country, some blamed the founders for believing that becoming a state party was a realistic idea to begin with. In the end, the N.C.P. failed to present itself as an opposition party with clear programs or as an alternative to the Islamic Action Front (I.A.F.), the Muslim Brotherhood’s political arm.

Others saw the N.C.P.’s misfortunes as a result of successive governments’ obsession with limiting the influence of Islamists. Since 1989, when parliamentary life was resumed after a 22-year hiatus, governments had tinkered with election laws in order to hamstring Islamist candidates running under the umbrella of the I.A.F. They cancelled the previous multi-vote system and restricted voters to one ballot; the controversial single vote system. The move worked and the Islamists lost half of their seats in the Lower House between the 1989 and 1993 elections.

But the single vote crippled other parties as well. Moreover, it was blamed for amplifying tribal affiliations and dominating the country’s political scene. With voters having only one vote to cast, the priority would go to voting for close relatives within a tribal network and not to candidates running on a party list. As a result, independent candidates, largely loyalists, with no political programs made up the majority of legislatures since 1993 onwards. Political parties were sidelined and described by pundits as political shops rather than parties.

Subsequently, the Islamists and their allies boycotted the 1997 elections in protest of the single vote system. Majali’s T.N.C.P. contested the elections with 11 candidates, but won only two seats. Tribal candidates had more success, forming a comfortable majority and presenting themselves as state loyalists. In effect, governments ruled with no fear of a real opposition in parliament.

In the 2003 elections, most parties, including the Islamists, participated, but this time they could only field 54 candidates from 800 competing for the 110 seat Lower House. A number of centrist parties opted not to declare the names of their candidates who ran as independents in order to benefit from tribal support.

Even when the government amended the election law by introducing proportional open lists where voters can vote for more than one candidate—as was the case in last year’s elections—political parties did poorly with the exception of the Islamists.

Previous promises by the government to implement a royal vision to allow the formation of parliamentary governments have not materialized. To this day, the cabinet is appointed by the king and he is free to name the prime minister and ministers regardless of the composition of the Lower House. It has become the norm that members of the cabinet are appointed from outside the legislature. With loyalist, largely tribal, independent deputies dominating the Lower House, no government has failed to win a vote of confidence yet. Parliamentary blocs formed following the elections have failed to make an impact or remain united on issues. The tribal reality of today’s political life in Jordan has undercut the chances of centrist parties to form future governments.

As much as the tribal factor has impeded the growth of political parties in Jordan, it has become anathema to criticize tribalism and its effects on political reforms. On October 15, the speaker of the Upper House (Senate), Faisal al-Fayez, had to retract a statement he made a day earlier when he said tribalism has become an impediment to political reforms. The second day he was forced to make another statement extolling the virtues of tribes and their role in Jordanian society, adding that “our first loyalty is to the throne and the king and second to the tribe.”

The demise of the N.C.P. is indicative of the plight of the majority of Jordanian political parties, which have failed to leave a mark on the political scene. Aside from the Islamists, who are suffering from internal divisions and splits, no other political force has the capacity to attract or influence voters. This is one reason why governments have been satisfied with the current political status. The Islamists can still rely on their voter critical mass even when the state is harassing them. For the rest of Jordan’s 50 plus parties, the debate over where to go from here remains an academic one. As for the rest of Jordanians, the common theme is apathy in addition to a growing sense of cynicism toward the whole political process in the country.