Sieges in Syria: Profiteering from Misery 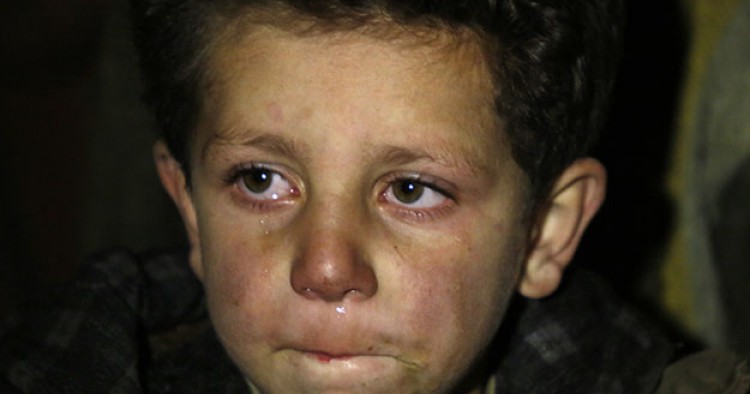 Five years of war in Syria has seen the emergence of a war economy that is further incentivizing the prolongation of the conflict, as well as certain military practices that offer lucrative financial reward. One such practice is the imposition of sieges. No longer simply a military tactic to subdue opponents, sieges have also become a profitable enterprise, encompassing a complex web of businessmen, traders and armed actors, each of whom benefit at the expense of besieged civilians. This paper by scholar Will Todman reveals the intricate details of the siege economy, and the challenges facing humanitarian relief providers who are obliged to deal with the illicit siege business in order to prevent widespread starvation among besieged civilians. 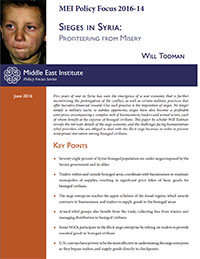