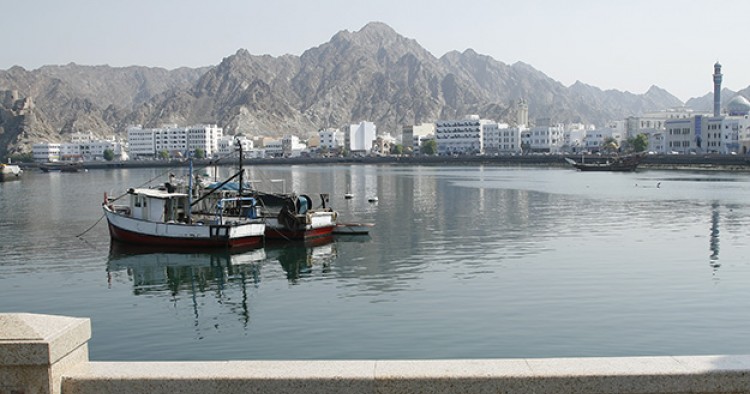 Christine Martin served as a co-author on this article.

The Sultanate of Oman has made remarkable strides over the past three decades in transforming a tribal desert country into a functioning modern economy. By all metrics—rapid economic growth rates, improved social indices, enhanced availability and use of commercial energy, a favorable investment climate for foreign entrepreneurs, widespread technology use, and growing global links—Oman today is a “high income developing country.”[1] However, there is a difference between a “high income developed” versus a “high income developing” country; the latter denotes a state undergoing a structural change in its modes of production, from agriculture to manufacturing to distribution to services.  With time, such structural change is likely to occur with increased productivity from technological changes in modes of production and the provision of financial and consumer services.

Notwithstanding its successes to date, Oman is encumbered with unique challenges that may threaten the long-term feasibility of this development. While the country enjoys a stable political structure, relatively sound ethnic and sectarian cohesion, and an absence of imminent economic strife involving its local and expatriate labor, and though it still possesses significant renewable oil and natural resources, it cannot replicate the success or emulate the experience of its oil-rich neighbors. Oman therefore requires a distinct way forward, and fostering accountable institutional-development frameworks will be key.

By enhancing its citizens’ participation in the political process and undertaking public sector management reforms, Oman witnessed several restructurings of state institutions in 2011 and 2012. These changes have allowed Omanis to play a major participatory role through the establishment of the Council of Oman (Majlis Oman), consisting of the State Council (Majlis al-Dawla) and the Consultation Council (Majlis al-Shura). The Municipal Councils’ Law also transformed the country’s regions into governorates, regulated the functions of governors, and introduced a greater degree of decentralization. Simultaneously, the current five-year plan (2011-15) lays the foundation for civil service reform and the delivery of public services, including social safety nets for indigent population groups.

What is still missing, however, is the buttressing of these regulatory measures for public sector management through a transparency and accountability framework. Such a framework would render results evident to the public, with mechanisms provided for the redressing of grievances and independent means to verify progress toward significant change. As of yet, Oman does not have an anti-corruption agency, the absence of which also hinders the flourishing of a competitive private sector. Further, whereas considerable efforts are rightly being made for the “Omanization” of the country’s labor force, Oman needs to strike a balance between “indigenous” entitlements (that is, preferential policies for Omanis) and the move to a market-based economy (that is, fee structures for social benefits to both the local and migrant population). For minimal social disruption, these structures could take the form of graduated scales and/or incorporate grandfather clauses.

Economic diversification in Oman is spurred by the country’s relatively limited oil and gas reserves compared to other Gulf countries. In this context, Oman’s current five-year plan appropriately focuses on strengthening the private sector, accelerating privatization and/or public-private partnerships, utilizing human resource capabilities, and diversifying sectoral and production bases. Toward meeting that goal, the Sultanate has invested in income-generating projects in industry, mining, agriculture, and fisheries. It is also eliciting business advisory services and modeling frameworks for its banking sector from international financial institutions, notably the International Finance Corporation and the World Bank.

In order to minimize reliance on natural resources, additional efforts are necessary to attract investment in banking, Special Economic Zones (SEZs), and tourism. The privatization of power and water companies is a promising advancement, and there is also a critical need in the near future for additional privatization of government-owned businesses. Importantly, the diversification efforts hinge upon the development of small and medium enterprises (SMEs) and access to finance by domestic entrepreneurs.

But perhaps the most pivotal matter to be tackled by the Omani government is access to quality education. At the moment, the Omanization of the country’s labor force and the development of the private sector both suffer from a lack of targeted and quality education opportunities offered to Omani citizens on par with what is now freely available in other GCC countries. The current reliance on expatriate professionals could be mitigated by intra-regional (GCC) research and training exchanges.

Oman today resembles neither the resource-rich countries in the Gulf nor a “market-transition economy” that warrants a second generation of reforms (that is, movement away from monetary and fiscal stabilization and movement toward reforms in other critical sectors, such as agriculture, mining, and industry). Rather, Oman needs institutional development so that efficient public sector management can create diversified productive sectors in which Omani-trained, qualified, and indigenous human capital can enter the already-captured services-oriented sectors such as duty-free commerce, finance, aviation, retail, and real estate. The term “institutional development” is not intended to imply the creation of brick and mortar structures or the establishment of official committees. Nor does it focus on eliminating irregularities in public procurement and financial management. Instead, it encompasses clear and open covenants with the general population, the enforcement of regulations, and access to justice—in other words, the demand side of governance.