The Tunisian Elections: Toward an Arab Democratic Transition 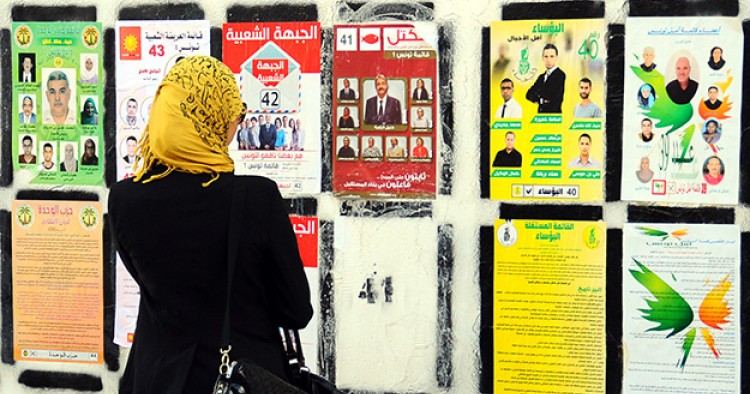 Tunisia, the birthplace of the 2011 Arab uprisings, is on the cusp of a defining moment. The parliamentary election of October 26 is about pivoting toward democratization. Presidential elections will follow on November 23. The focus of this piece is on how the elections are likely to reshape Tunisia’s polity and society.

The world’s attention has long been fixed on the Arab Middle East for negative reasons: authoritarian rule, patrimonial politics, corruption, the marginalization of civil society, the exclusion of women, and underperforming economies. Is Tunisia about to change this view? Though the answer may only be delivered after two or three consecutive democratic elections, which “transitologists” like the late Samuel P. Huntington deemed necessary for the consolidation of a transition, at least for now the world’s gaze will be fixed on Tunisia for a positive reason: an important democratic event in the post uprisings Arab Middle East.

The upcoming parliamentary elections matter to the Arab world, both in the Arab Spring countries as well as further afield, where pro-democracy reverberations produce jitters in nondemocratic regimes. They also matter to the non-Arab world, such as the EU and the United States, whose democracy promotion bids have thus far produced little to celebrate.

The October 26 election will be another nail in the coffin of Tunisian authoritarianism. All indications are that Tunisia’s society has embraced the event and its attendant challenges. According to the country’s Electoral Commission, 5,285,136 voters—a large majority of the voting age public—have registered to take part in the elections; of these, 359,530 are Tunisian expatriates, mostly residing in the EU.[1]

Voter turnout in the October 2011 election was modest at 4.2 million, or less than 52 percent. Whether this election’s high voter registration is indicative of eventual participation remains to be seen. However, there is a buzz of optimism as election fever grips the country. It at least pushes back the specter of pessimism haunting a country that has made it this far despite profound challenges: an economic downturn, rising unemployment, and political violence, including the assassination of two secular politicians in 2013.

The elections also come amid dire circumstances facing Tunisia’s neighbors. Violence in Libya, as well as weapons and refugees flowing from Libya into Tunisia, add to the woes of Tunisia’s caretaker technocratic government that was put in place after the adoption of the 2014 constitution. The conflict in Libya, as well as conflicts elsewhere in the region, such as in Syria and Iraq, has helped to radicalize a significant number of Tunisian youths. Some 1,500 Tunisian terrorists are in detention awaiting trial and perhaps as many as 3,000 are estimated to be fighting with the Islamic State (IS) in Syria and Iraq. Despite these regional issues, the large voter registration is a huge boost not only to the upcoming election, but it also points to Tunisians’ choice of moderation as a modus operandi in political engagement.

Tunisia’s upcoming elections are set to open up a number of possibilities thanks to three features specific to Tunisia’s political culture that prevent the return to the executive excesses of the ousted regime.

The first is the country’s evolving brand of democratic politics with its unique skill of compromise. Perhaps the country’s competitive edge derives primarily from this Tunisian skill, which has been cultivated through a tradition that generally favors dialogue in conflict resolution. It is what led Tunisia to adopt a democratic constitution enshrining shared values—or more precisely, collectively agreed-upon rules of political engagement. This is where the polities in Egypt, Libya, and Yemen have thus far failed.

This is a core adaptive achievement that has allowed for the rationalization of the revolution despite ups and downs, deepening a penchant for bargain politics. It is this bargain politics that has given Tunisians a constitution that suits the national mood and proclivity for moderation, the inclusiveness of women, a liberal interpretation of religion, and the rejection of absolutism in all its forms. The resulting legal foundation speaks for rule of law, pluralism, the alternation of power, reduced executive power, and popular sovereignty.

Second is the launching of a legal organizing principle as a medium of broadening the public sphere and deepening political participation: party politics. There has been a proliferation of licensed parties, but the number that will compete in this week’s parliamentary election is far fewer than in October 2011. Two interrelated dynamics are in the offing. First, the number of parties will continue to dwindle, ceding the way to a polity not bipartisan such as in the United States, but rather to one that resembles partisan alliances in Lebanon: political parties that may differ in political preferences and ideology, but which come together in two broad coalitions.  Also, professionalization of party politics is the future direction of most Tunisian parties. Ennahda, for instance, has resorted to modern PR techniques, enlisting the U.S. giant Burson-Marsteller to package itself in the United States. Only Ben Ali used such a tactic in the past to boost his image.

Nidaa Tounes, led by former regime insider Beji Caid Essebsi, has amassed a great deal of political capital from the missteps of the troika and reaction against Ennahda and the Islamists.  Nidaa Tounes is hoping to gain a majority in the upcoming elections.

The evolving binary tendency in Tunisia pitting the moderate Islamist Ennahda against the nationalist Nidaa Tounes bodes well for future democratic consolidation. The worst thing that could happen to Tunisia at this stage of fragile, poorly organized and funded parties is for a single political party to sweep the board. Ennahda is in part the quasi-lineal descendent of the Muslim Brotherhood school. By contrast, Nidaa Tounes—even if it denies it—is the lineal inheritor of Bourguibist-Destourian Tounes, that is, it is descended from Tunisia’s first president, Habib Bourguiba, who headed a Francophile, secular, and centrist party that encouraged a mixed economy in which the state still retains a level of central control over economic planning and management. The upcoming election will test the significance, if any, of an Ennahda-Nidaa binary as a salient feature of democratic consolidation in Tunisia. The two parties are likely to come in first and second (or vice versa) in the upcoming vote. And given the Tunisian propensity for compromise, no one can exclude an Ennahda-Nidaa coalition. The Islamists have endorsed the idea of a nonpartisan president.

In a nutshell, Tunisia’s post revolution democratic journey began with partisan polarization and ideological friction, and even internal party factionalism, such as when President Marzouki and Speaker Mustapha Ben Jaafar saw defections in their parties that reduced their number of seats to a handful. Now, nearly four years after the revolution, ideological dogmatism is being diluted by emergent pragmatic politics, which is appearing to take root and will likely eventually reshape the country’s political culture.

The upcoming season of Tunisian elections will be key for Tunisia’s transition. The elections indicate a democratic consolidation further than any other post-uprising Arab country has achieved and bode well for the country’s future.  Whether Ennahda or Nidaa Tounes will come out on top in the upcoming elections, the binary pattern of political life in Tunisia appears more or less in play for the immediate future and is likely to be expressed in different power sharing formulae: either an Ennahda-dominated government with a Nidaa Tounes president, or an Ennahda-Nidaa power-sharing government with a non-partisan president, or another formula that will become clear as the political game plays out.