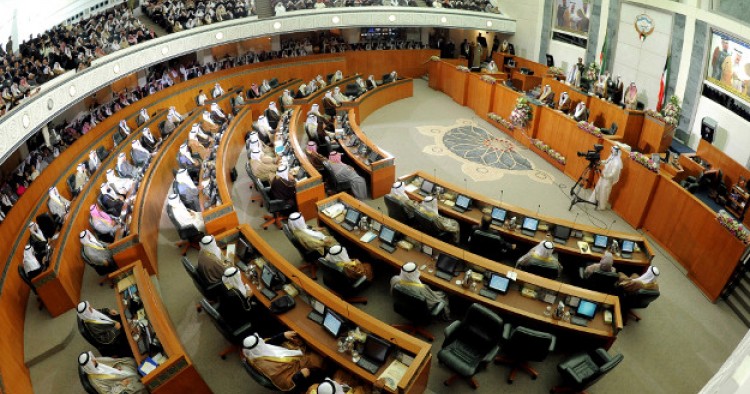 After boycotting parliamentary elections in 2012 and 2013, the Kuwaiti Muslim Brotherhood’s political wing, Hadas, ran their candidates in last year’s snap election. Four out of five of the party’s candidates won, bringing Hadas back into Kuwait’s 50-member National Assembly. Their electoral triumphs underscored Kuwait’s uniquely semi-democratic system of governance in the Gulf Cooperation Council (G.C.C.), where leaders of other member states have banned the Muslim Brotherhood and designated the Sunni Islamist movement a terrorist organization.

Hadas’ reentry into the country’s parliamentary life is illustrative of the Sabah rulers’ tolerance of both Islamist and liberal criticism, albeit within boundaries, of Kuwait’s government. Other G.C.C. states, chiefly the United Arab Emirates (U.A.E.), have no such tolerance for the forces of political Islam. Viewing the Muslim Brotherhood as a security threat, officials in Abu Dhabi do not permit the Emirati Muslim Brotherhood’s offshoot, al-Islah, to participate in the U.A.E.’s political arena. Unsettled by the events of 2011 in which reform movements and opposition activists shook the region, officials in the Emirates perceive the Muslim Brotherhood as a challenge to the U.A.E. and other Arab Gulf sheikdoms’ leadership.

Since the Arab Spring, the U.A.E. has sought to establish the G.C.C. and the greater Arab world as a Muslim Brotherhood-free region. In the past, the U.A.E., along with other Arab Gulf states and Egypt, have pressured Qatar to abandon its ties with Islamist movements and individuals. Yet Abu Dhabi is unlikely to fundamentally change its relationship with Kuwait despite Hadas’ electoral gains last year. Although U.A.E. officials have urged their Kuwaiti counterparts to join Abu Dhabi in terms of designating the Muslim Brotherhood a terrorist organization, most leaders in the Gulf accept that Kuwait’s political life is uniquely democratic and transparent, and trust that Kuwaiti authorities have their country’s Islamists ‘under control.’ For the most part, there appears to be a mutual understanding in the G.C.C. that as long as Kuwaiti Islamists limit their goals to domestic issues—addressing corruption, implementing economic reforms, lifting restrictions of freedom of expression, and promoting social conservative agendas such as maintaining bans on alcohol and nightclubs—the presence of Hadas’ parliamentarians in the National Assembly is acceptable and not a threat to the G.C.C.’s collective security.

That said, in the past Hadas members have addressed international issues, which pressured Kuwait’s royal family to strike a delicate balance between catering to the demands of an Islamist constituency and maintaining its strong regional alliances. For example, after the G.C.C.-backed Egyptian military ousted Mohammed Morsi in 2013, Hadas members’ condemnation of Egypt’s military, and the support which it received from the Sabah rulers, created tensions with Hadas’ opponents accusing the party of disloyalty, subversion, and ties to global terrorist organizations. In 2015, Mubarak al-Duwailah—a prominent Kuwaiti Muslim Brotherhood member who served in the National Assembly from 1985 to 2003—“insulted” the Crown Prince of Abu Dhabi on al-Majlis TV, maintaining that Sheikh Mohammed bin Zayed had embraced a “personal and aggressive stance against the Brotherhood.” These words resulted in the former MP being called to trial in the U.A.E.’s Federal Supreme Court, which he did not attend, on charges of insulting the Emirati leadership; Duwailah received a five-year sentence in absentia.

Despite these past episodes, Hadas currently seems well-positioned to maintain its role in Kuwait’s vibrant and colorful parliamentary life, largely due to the pragmatism of the Kuwaiti Muslim Brotherhood’s political maneuvers. Understanding that it lacks the means to secure a majority of seats in Kuwait’s national legislature, Hadas works with non-Islamist MPs to pursue common interests such as liberalization of the political system. To avoid the fate of the Muslim Brotherhood in other Arab states, where the movement has experienced decades of oppression, Hadas’ ability to remain an active and legitimate force in Kuwait’s political arena requires respect for the Sabah rulers’ legitimacy. Rooted in the Kuwaiti Muslim Brotherhood’s experience, Hadas members understand the dangers of being perceived as more loyal to the transnational Islamic movement than to the emir. Since the first Gulf War (1990-91), in which Saddam Hussein received support from Muslim Brotherhood offshoots in numerous Middle Eastern countries, Hadas, which officially formed in the liberation’s aftermath, has gone to great pains to demonstrate its commitment to Kuwait’s national interests above any international cause.

With King Salman in Saudi Arabia viewing Iran as the top threat to G.C.C. security, the leadership in Saudi Arabia and Bahrain is likely to welcome Hadas’ support for Sunni Arab efforts to counter Tehran’s regional agenda. According to Arab Gulf interlocutors, the Saudis’ designation of the Muslim Brotherhood as a terrorist organization is not entirely genuine and officials in Riyadh permit Hadas members to travel freely around the kingdom. Given Hadas’ anti-Iranian stances, Kuwait’s Muslim Brotherhood members argue that the G.C.C.’s ability to unite Sunni Muslims in the Gulf against Tehran’s expanded and consolidated influence will depend on permitting the movement to function openly in the Arab Gulf states. The current Saudi leadership appears to agree, as evidenced by the warming of ties between the kingdom and various Muslim Brotherhood offshoots across the region such as Hamas in Palestine, the Islamic Action Front in Jordan, and Ennahda in Tunisia.

What remains to be seen is how the new Trump administration will view Kuwait’s tolerance for the Muslim Brotherhood’s local branch given that Donald Trump’s inner circle includes those who view the movement as a radical terrorist organization. Kuwaitis are not expecting Washington to fundamentally alter the close nature of U.S.-Kuwait relations with Trump in the Oval Office, despite concerns about the 45th American president insisting that Muslim-allied nations including Kuwait  “pay their fair share” for the security shield provided by the U.S. military, a position which Trump has held since the 1980s. Although high-ranking officials in Trump’s cabinet such as Secretary of State Rex Tillerson, National Security Advisor Michael Flynn, and C.I.A. Director Mike Pompeo are staunchly anti-Muslim Brotherhood, it seems unlikely that Hadas’ freedom in Kuwait will undergo changes due to any pressure from the White House. Twenty-six years after the U.S.-led coalition liberated Kuwait from the Iraqi occupation, Kuwaitis of all political colors, including Hadas members, remain grateful that America came to their defense during their gravest crisis of the post-independence era. Since the ejection of Iraqi forces in 1991, Hadas has never mobilized against the U.S. military presence on Kuwaiti soil.

With the Trump administration focused on countering Iran and working more closely with the Saudis than the last administration to achieve this objective, Kuwait will likely play an important role in Washington’s foreign policy in the Middle East. Similar to the Bahraini Muslim Brotherhood’s local branch, Islamic Minbar, which receives support from the Khalifa rulers in Manama within the context of shoring up the island kingdom’s Sunnis against the Shiite opposition and Iran’s regional agenda, Hadas is likely to benefit from ongoing developments in the region as well as Kuwait’s relatively democratic political arena. As long as Kuwait’s Muslim Brotherhood remains politically pragmatic, Hadas should maintain its freedom to participate in parliamentary life and criticize the government without crossing any redlines.